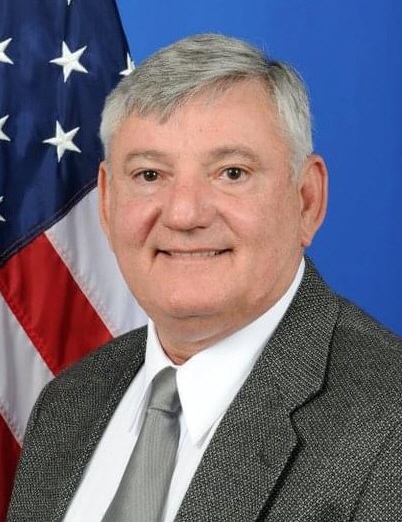 Ole Miss alumni, and M club member, Lt. Col. Mike Chatham had a highly respected 21-year career of service in the United States Air Force. He began as a helicopter and B52 pilot and was promoted through as a Commander in Civil Engineering with time spent serving in Operation Desert Shield and Desert Storm. During his military career he devoted time to humanitarian efforts with the United Nations Department of Peace. He was credited with 25% reduction in bomb freighter repair time and developed rapid runway repair program to equip forces in minimizing operational down time after an attack. Following his retirement from the Air Force, he worked for the state of Mississippi at the North Mississippi Regional Center as the Director of Engineering and then became Clinical Engineer at Keesler Air Force Base Medical Center. During his time at Keesler, the Center was awarded its second consecutive Environmental Protection Agency Energy Star award.

Mike was man of many hobbies over the years. An avid reader of Science Fiction, a golfer during his time stationed overseas in the United Kingdom and an avid sailor boating on the Saint Andrews Bay and the Back Bay of Biloxi during his station at Tyndall AFB and Kessler AFB. One of his favorite sayings was ‘If you can’t be good, be lucky. And I haven’t been good, I’ve been lucky”. He was an animal lover, specifically of Boxer dogs naming them Havoc, Calamity, Cyclone, Mayhem and Malice. He was a storyteller weaving tails of his youth as an athlete and finder of wild animals in need of taming.

Lt. Col. Mike Chatham was preceded in death by his parents, Wayne and Pauline Chatham, and his wife, Kat Chatham. He is survived by his loving daughters, Michelle Chatham of Oxford, MS and Kellie Gustin of Davidson, NC; a brother, Russell Chatham of Scottsdale, Arizona; and five grandchildren.

Expressions of sympathy or memorial contributions in Lt. Col. Mike Chatham’s memory may be made to The Wounded Warrior Project, P.O. Box 758516, Topeka, KS 66675-8516, or online at https://support.woundedwarriorproject.org/default.aspx?tsid=10043.