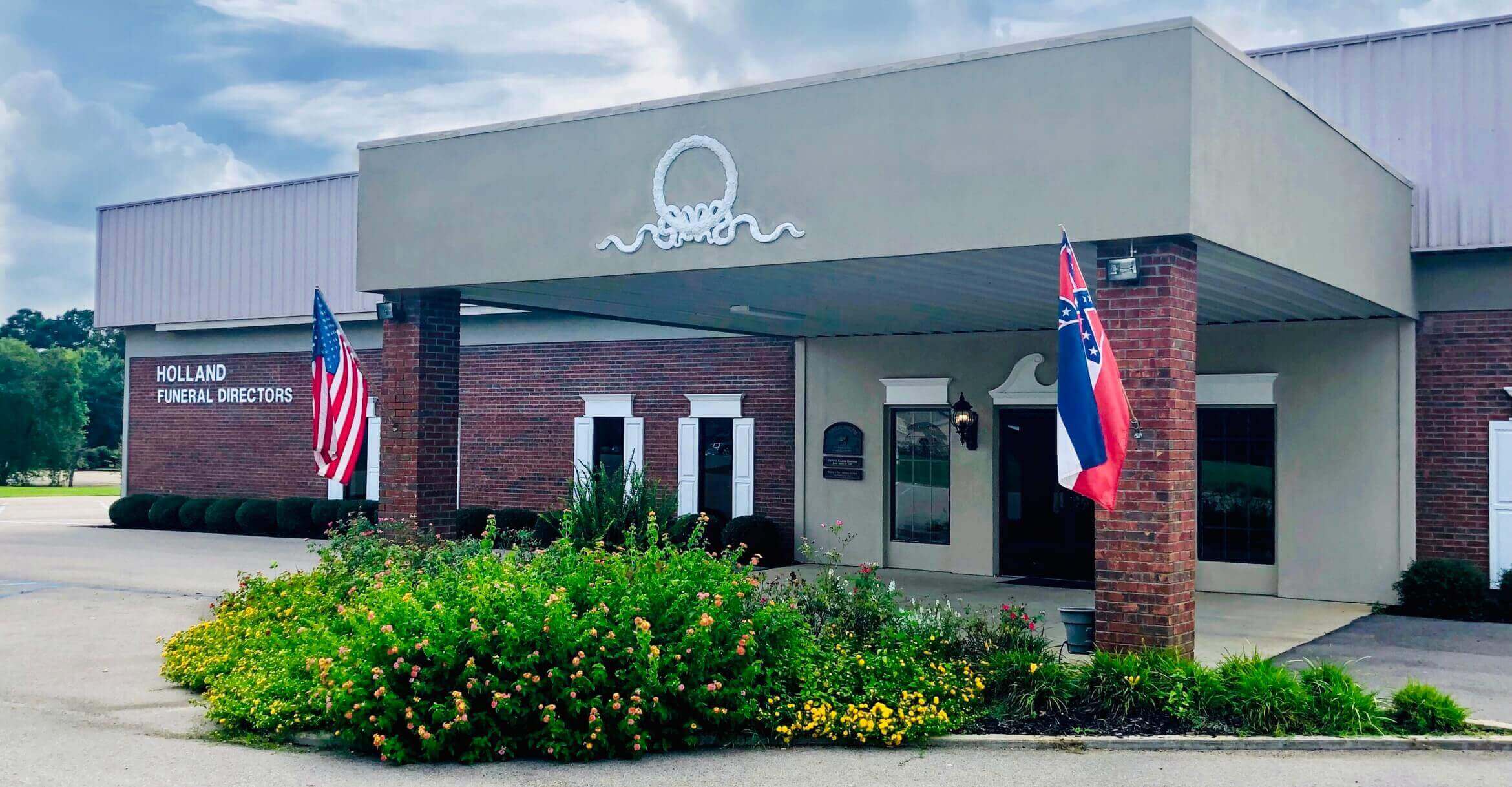 Funerals are for the living just as much as they are for the deceased. The viewing and services for a loved one who has passed, rooted in numerous cultural and religious customs, are beneficial in aiding the grieving process. The role of a funeral home is an important one– taking into consideration the wishes of the deceased, they handle all of the logistics of funerals. You can rest assured that your loved ones are being taken care of at Holland Funeral Directors.

Holland Funeral Directors was established on March 1, 2004, as Holland-Harris Funeral Directors by Steve Holland, John Harris, and Sadie Holland to satisfy a need they saw for a more service-oriented funeral option in Okolona and Tupelo. After years of committed service, Steve and Sadie purchased the funeral home’s assets, thus becoming sole owners.

Funeral home president, Steve Holland, was initially drawn to funeral service in 1973 when he needed a job to support him through college. As a young pre-med student, Holland’s father offered him a job at a funeral home that he owned a portion of in Tupelo and, “It just stuck, you could say,” Holland said. Three college degrees and decades of hard work later, Holland has grown a business he and members of the community have grown fond of.

Holland began training under an Irish Catholic undertaker who he recounted as a perfectionist. “I thought he was cruel when I first started, but he instilled such core values in me that I think I carry even stronger myself today.” Upholding values is essential to Holland as his work is very taxing on families and himself. It is almost impossible not to take home the stressors and sadness of the job. Holland finds himself worrying about the families of the deceased, no matter the cause of death. To keep his mental health at ease, “there has to be a demarking between the job and my life. I’m not like a Frankenstein and morbid about death; there needs to be a release of those emotions.”

He describes his work as fulfilling as if it is what God called him to do. He calls himself a bridge-builder, bridging the gap between life and death, and he has felt like that, “for 30 years now. I feel like that in the sense that people are very withdrawn, forewarned, and grieving, and I get a chance to work with them on a foundation that will help them move on from that. It’s a gift God gave me.” He receives a lot of affirmation from various clients who reach out and let him know just how much the services he provided helped their families and friends come together. “I am using my gift, but it is grueling. You never get away from it, you never escape.”

Customer service is of the utmost importance in Holland’s line of work. Whether his clients need a shoulder to cry on or someone to laugh with, he can oblige. “I’m like the Burger King of the funeral industry, you can have it your way,” Holland said. Services that are a bit more eccentric and modern have been brought to the area by Holland as he stays well-read in various trade communications, providing the community with the latest and greatest features in the industry.

Citizens of this area have entrusted Holland and his services so much that he has begun burying third generations of families. He has had the same cell phone number for ages for this very reason– a lot of the calls the funeral home receives come directly to his personal cell. He is reminded of his good deeds everywhere. “I went to Harvey’s with a friend, and this girl came up to me to tell me I buried her father when she was seven years old. She said, ‘I remember how kind you were, and I cannot tell you what that did for my recovery and how it allowed me to have closure and redirect my life without my father,’ and I almost burst into tears. My work is worthy, and I am not living in vain.”

While reflecting on his time as an undertaker, Holland noted that he felt lucky. “I’ve had a wonderful life being a southern undertaker. I’ve met thousands upon thousands of families, and I’ve kept up with them. I’ve been so providentially blessed to do things most people don’t have the opportunity to do for the betterment of mankind. I will continue to do this as long as my health and emotions allow it.”