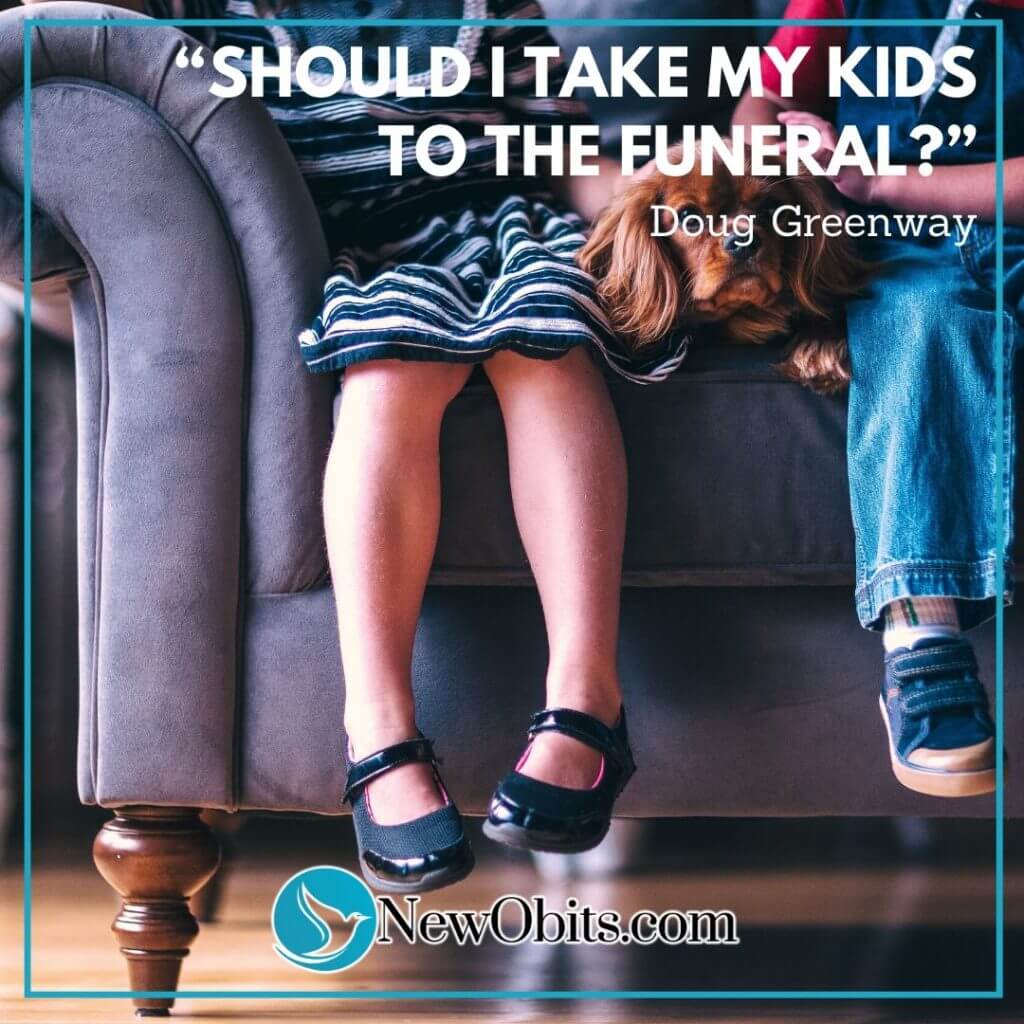 As long as I can remember, I have been around death, dying, funerals, and cemeteries. As the oldest child at home, I was looked upon as mature beyond my years, and I was my father’s shadow. He was a mailman who was also a preacher, and he held a LOT of funerals. He used to tell me (as we walked in the back door of the local funeral homes), “Son, there’s nothing in here that can hurt you.” He was right.

The question often comes up, “Should I take my kids to the funeral home or cemetery?” My advice is, “Yes, if you think it will solve more problems than it causes.” The exception might be toddlers who have so much energy that they might not be docile anywhere. And the trend today is to skip the interment service at the cemetery and have the family back later after the casket has been buried, and the scene with its flowers over a fresh grave is more serene. This is a good option.

Here’s a link to interesting research that is often mentioned in answering this question about kids and death issues.

The MGH/Harvard Child Bereavement study interviewed 70 families where a parent had died. There were 125 children between the ages of 6 and 17 in these families. Ninety-five percent of these children went to their parent’s funeral. These children, reflecting on their participation several months later, felt that it was important that they were there to honor their parents and to say good-bye. Their surviving parent respected their wishes.

The plain truth is that every child is different. You and I don’t have to become a child and family expert, but we should become experts on knowing the children and members of OUR family.

No matter what you decide about children and death, I believe in giving age-appropriate honest answers to whatever questions your family’s children ask. Chances are our little ones will take their cues from us. We might want to remember that little eyes and ears are paying attention to how we grieve!

Death is the last event of life and funerals provide a great teaching opportunity.

I am sure you will choose well.