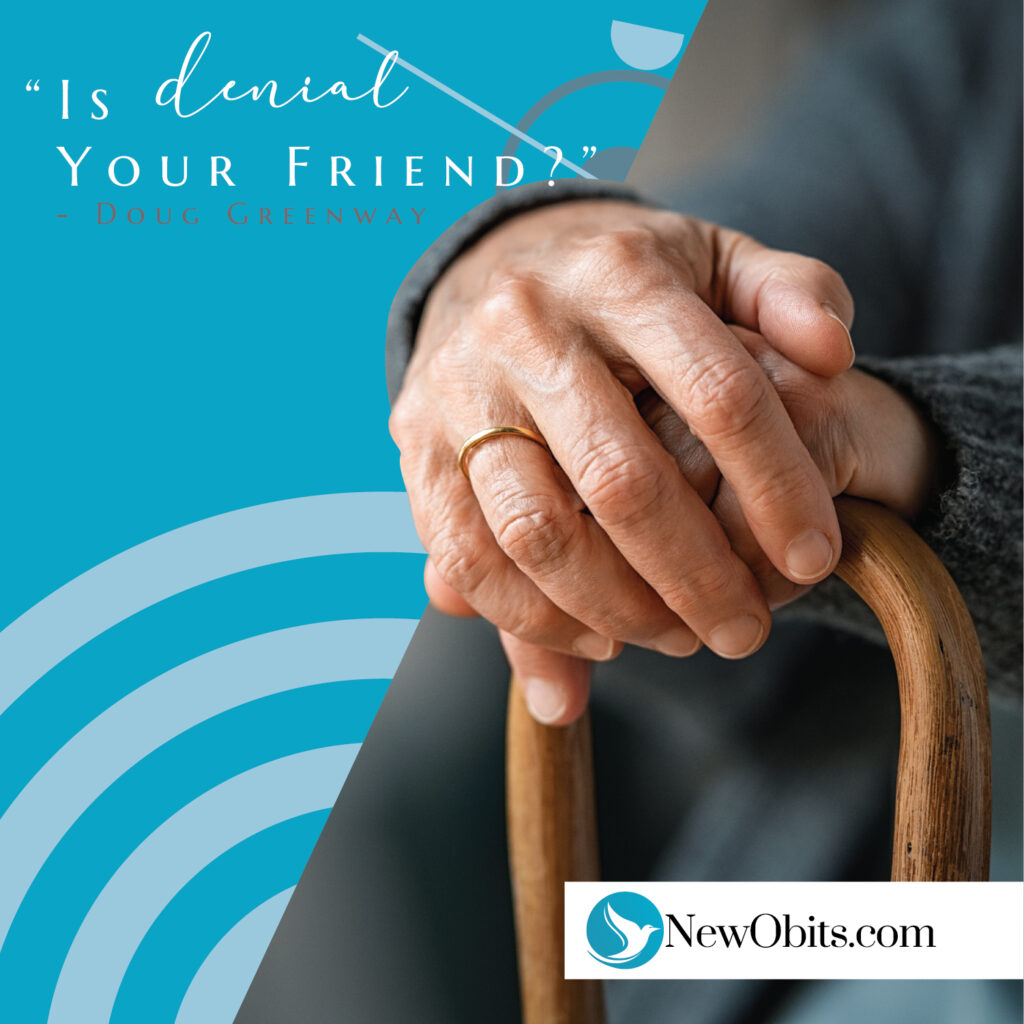 I’ll tell you right away that denial can be your friend OR your enemy! It is simply a coping mechanism that has consequences.

After my wife died in 2006, I would come home and talk aloud as if she were there. If I were still doing that 14½ years later, that denial of reality would not be my friend. In the earlier stages, it helped me adjust to an empty house. If it seldom happens today, it serves as a sign that I have moved along in my grief journey. If it is a constant habit, it is a sign that I am stuck in my grief. Active denial is a willingness to bend reality.

Pulitzer Prize-winner Michael Chabon said, “It has always been hard for me to tell the difference between denial and what used to be known as hope.” I can see that up to a point. Denial is false hope. It is the accepting of unreality as though it were real. This sets oneself up for repeated disappointment. However, there are times when being selective about the reality we accept hurts no one and is a way to slow down the panic and lessen the pain that we feel.

Sometimes an advantage of a terminal illness or being reclassified to hospice care or a frank declaration of decline by a competent physician gives us the time some of us need to say goodbye.

I left town in 1988 to keep a preaching appointment and I missed the moment of my dad’s passing. I did the same thing seven years and one day later with my mother’s passing. I was 100% there for my wife’s passing in 2006 but was not on the premises but at least in town for my brother’s passing in 2018. I have a denial problem that I haven’t fully licked. The question is, “What have I learned about myself that will help me the next time grief comes calling?”

The first step to solving any problem is to realize you have a problem. So now, at least I am forewarned of my tendency, and I can plan accordingly if I get that opportunity to be there on the next occasion of the passing of a loved family member or friend.

What are YOU going to do the next time you have an opportunity to face your grief head-on?