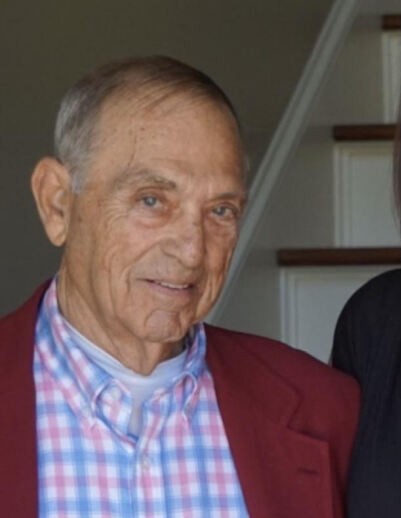 Tupelo-A dynamite fisherman, a great family man and a splendid friend to many, George Monroe Michael, Jr. departed this life to meet his Creator where the fish always bite from the NMMC Hospice Unit on Sunday, July 18, 2021 after an extended illness.  George, a native of Prentiss Co., was born on Dec. 14, 1943 to the late George Monroe Michael, Sr. and Macie Oceile Huddleston Michael. He graduated from Booneville High School.  A patriotic American, he served his country in the U. S. Army stateside. His work career included being owner of Michael’s Mobile Equipment, a trailer repair company in Memphis where he lived many years. He later joined his brother, Larry at Transport Trailer in Tupelo. He retired from Pepsi Cola Company in Tupelo as a truck driver before doing what he loved most and was best in life, being a professional fisherman.  His reputation as a skilled, accurate and successful fisherman was demonstrated as he won Bass Tournaments all across the Mid-south and across the country.  George took to the level of religion a good lake, river or fishing venue and found great satisfaction in being intimately involved in God’s creation.  He was a member of the Chesterville Baptist Church before becoming a member of East Heights Baptist Church where he was active and faithful.  George was a mentor of young men. He was a 32nd degree Mason and Scottish Rite Shrine with his membership in the R. E. Lee Lodge in Tupelo.  He had served as Worshipful Master of Whitehaven, Tn. Lodge #43. George loved life and lived large and cut a wide path in his 77 year earthly pilgrimage.

A service celebrating his life, with Masonic Honors, will be held at 3 PM Today, Tue. 7/20/21 at the Tupelo  Chapel of Holland Funeral Directors with Lt. Col. Tim Williams, his former pastor, officiating.  Private burial will follow in Chesterville Memorial Gardens.  Visitation will be from 1 PM-service time today (Tue) at the funeral home. For those unable to attend, the service may be viewed at www.hollandfuneraldirectors.com/livestreaming at 3 PM and will be permanently archived thereafter.

George is survived by his family; his wife, Suzanne Bean Michael, to whom he married Aug. 15, 1987;  his children, Micki Lindsey (Michael) of Tupelo, Amanda Bradberry (Sam) of Clarksville, Tn., Kelly Carraway of Lebanon, Tn., Randy Michael (Renee) of Iuka, Ms and Darron Michael (Amy) of Pontotoc.  his brother, Larry Michael (Becky) of Tupelo and a sister in law, Mary Fuston (Doug) of Chattanooga, Tn.  several grandchildren and great grandchildren, nieces and nephews and their families.