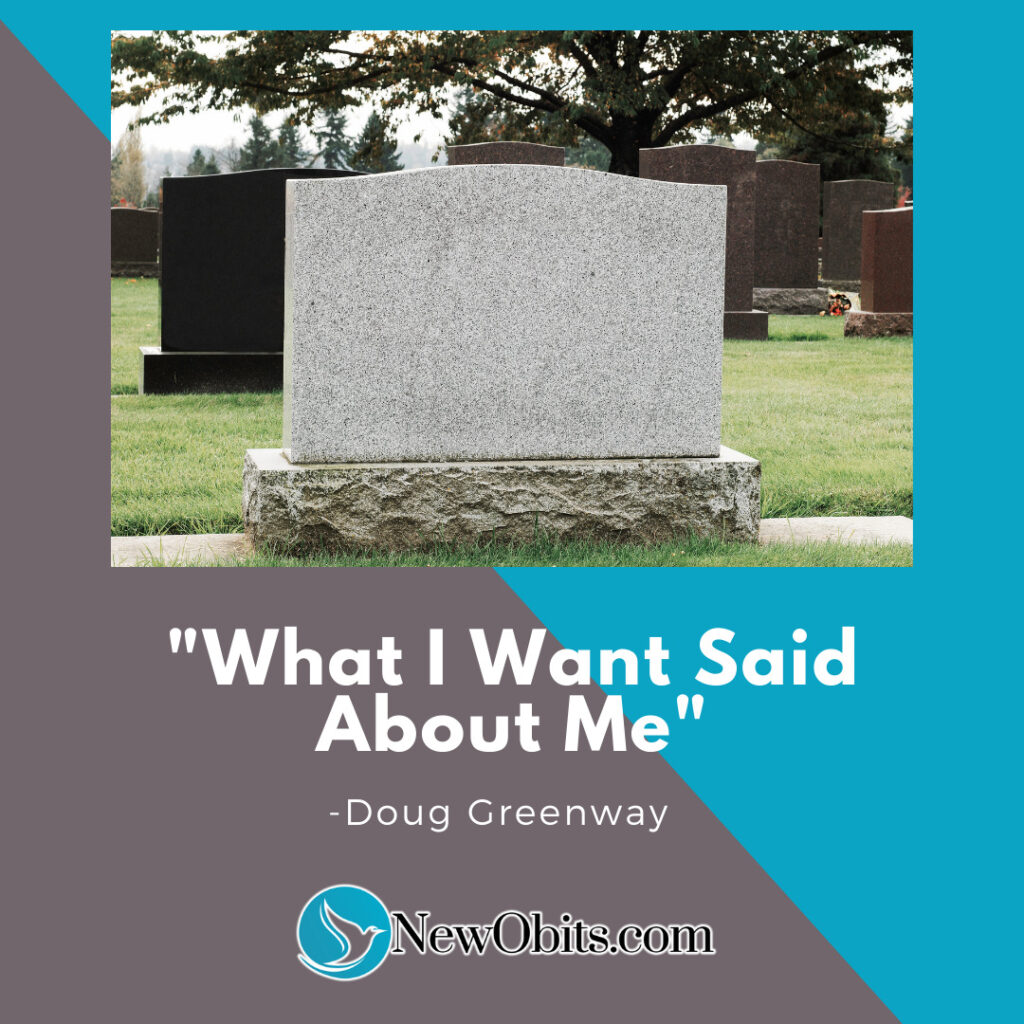 I love walking in cemeteries and reading the sentiments about the life of the departed, as inscribed on the tombstone. Have you ever thought about what you want said about you, after you are dead and gone? Now is the time to think about it.

I. What happens when someone is buried?

Typically, and eventually, the site of their burial is marked with some sort of plaque or tombstone inscribed with a brief word or two that sums up that person’s contribution to humanity or some sentiment of the values they lived for.

One of the strangest epitaphs I have personally seen is at William Shakespeare’s gravesite at the Church of the Holy Trinity in Stratford-Upon-Avon England, and it sounds like he took the opportunity to issue a stern warning:  “Good friend for Jesus sake forbears, To dig the dust enclosed here. Blessed be the man that spares these stones, And cursed be he that moves my bones.”

II. We ALL will leave an epitaph… something we are remembered for.

I have conducted dozens and dozens and possibly hundreds of funeral services since I preached my first sermon in 1965.

As a result of where I have been with others, I’ve written an epitaph and funeral instructions for my own demise. That’s the last best gift I can give my family -– to outline a memorial service & write my own obituary. I’ve suggested names to conduct a memorial service and deliver a  eulogy at my funeral. You may think that is a little or a lot odd. I call it being prepared. In case you are curious, my epitaph will read, “Home At Last”.

Well, today I want to discuss an abbreviated obituary of sorts. It’s a line that’s tucked away in Acts 8:2 = “Devout men buried Stephen and made great lamentation over him.”

III. HOW’S YOUR OBITUARY SHAPING UP?

Another Stephen, author Stephen Covey, in his book The 7 Habits of Highly Effective People suggests we imagine we’re at our own funeral. He suggests we visualize eulogies about ourselves from different people & ask ourselves a number of questions: – What character would you like them to have seen in you? – What contributions by you would you like them to remember? – What differences would you like to have made in their lives?
When the time comes for someone to eulogize about the kind of person we were — may they be able to say that we — like Stephen — were used mightily by God & and loved deeply by others.