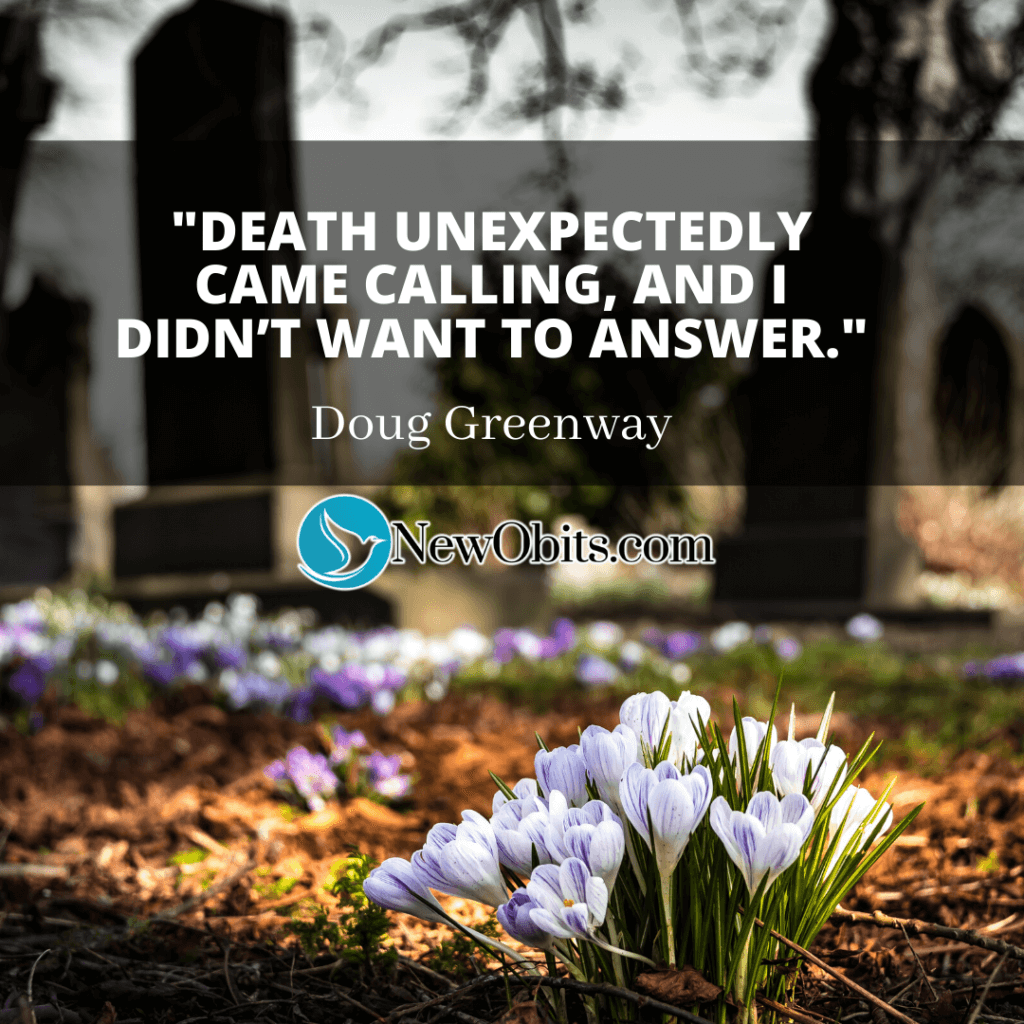 To some of us, death is what happens to OTHER people. “Death was never going to happen to anyone I loved!” Do you know someone who ever felt that way? People who tend to deny the real possibility of death also tend to leave a lot of things unsaid and unfinished when their time is done here on this earth.

One of the first sermons I ever wrote was titled “Tomorrow.” And, one of the first things I said about tomorrow was this: “Only put off until tomorrow what you are willing to die and leave undone!” One of the first Bible verses I used was    I Samuel 20:3 = “… there is but a step between me and death.”

Preparing for the end of life is one of those things you know you should do — but have you sat down and done it? Probably not, according to a new survey from Caring.com, which found that only 4 in 10 American adults have a will or living trust. Happily, older adults appear to lead the pack in readying these important documents.

While most U.S. adults age 18 and over have not done the needful, 81 percent of those 72 or older and 58 percent of boomers (ages 53-71) do, in fact, have estate-planning documents.

The results suggest that “as people age … they face the reality that having an estate plan is important and they’re getting the job done,” says elder law attorney Sally Hurme, author of Checklist for My Family: A Guide to My History, Financial Plans and Final Wishes.

It’s important for younger people to have wills, too, points out Hurme, especially if they have children, to ensure that they’ll be cared for by the people the parents want as guardians in the event of their death. Yet a whopping 78 percent of millennials (ages 18-36) and 64 percent of Generation Xers (ages 37-52) do not have a will. https://www.aarp.org/money/investing/info-2017/half-of-adults-do-not-have-wills.html

Because of this “I choose to ignore death and dying” attitude, many people have great difficulty accepting the reality of the situation when death calls. When the final event of life (death) comes calling to our family, our mind kicks into slow motion, and little by little we understand what happened to us. This is how it should be. It is why we have funerals and burials for our goldfish with our kids. This is why the funeral home is often such a scary and uncomfortable place. Changes have come too fast, but decisions have to be made. Make those decisions ahead of time!

Somewhere between dragging out the grieving process and our desire to move out of an uncomfortable position as a griever — we make peace in the middle. Just make sure you have finished grieving before you try and move on.