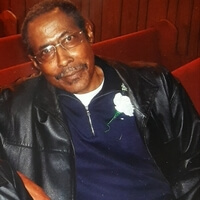 AMORY, MS – SFC Albert Lee Bynum the son of Wilbert and Mary Jones Bynum passed away at his home in Amory, MS on April 1, 2020 surrounded by the love of his family at the age of 73 He was a life-long member of New Prospect M.B. Church in Nettleton, MS. A 1966 graduate from West Amory High School where he played on the football and baseball team. His was known by his fellow classmates and friends as Hucklbberry Hound. He attended Valley State University until drafted to the United States Army in 1967, the list of awards and nominations received by Lee while serving his country is to many to name, He was honorable discharge from his duties on September 19, 1994. He retired SFC-E7.   Lee loved his family he was a devoted husband, uncle and friend who enjoyed making people laugh, enjoyed telling jokes, working crossword Puzzles, reading and watching sports and westerns movies on television. He is survived by his devoted wife and soul-mate of 35 years, Carolyn Bynum of Amory, MS., one son, Albert Lee Bynum, Jr., of Philadelphia, PA., two grandchildren,  two sister's, Gloria Bynum of Wren, MS, Margie (Ben) Hayden of Plantersville, MS., one brother-in law, Keith Thompson of Amory, MS.,  sister-in-laws ,Elise Bynum of Wren, MS.,  Marilyn (Babs) Olayade of Atlanta, GA., Tammy Carter of Amory, MS., Jimmia Bynum of Tupelo, MS., Brenda Bynum of Atlanta, GA., a host of  nieces, nephews and other relatives and friends.

His Life Celebration Service will be held privately, online condolence can be made to the Bynum family at www.graysonporters.com. Sympathy cards can be mailed to P.O. Box 8, Tupelo, MS. 38802

To send a flower arrangement to the family of Albert Lee Bynum, please click here to visit our Sympathy Store.