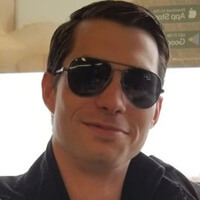 Nicholas Colt Hartfield, 29, was born January 12, 1991, in New Albany, the son of Kevin Hartfield and Beth Hill Allen. He passed away on Saturday, June 27, 2020, at his residence in New Albany.  Colt, a Baptist,  was a veteran of the U.S. Army and was employed by UPS as a freight driver.  His hobbies were playing video games, playing his guitar, and spending time with his son, Connor Blake Hartfield.  He was a graduate of Myrtle High School.

He is survived by his father, Kevin Hartfield and wife, Loretta, of New Albany, and his mother, Beth Allen, and husband Michael, of Myrtle; his son, Connor Blake Hartfield, of Myrtle; grandparents, Sandy and Aubrey Cassidy of Crestview, FL, grandmother, Mary Hartfield of Hattiesburg and grandparents, Homer and Hazel Rodgers of Randolph; brothers, Michael Hartfield of New Bedford, MA, Landon Hill of Enterprise; Steven Allen of Fulton, Codey and Cayson Ferguson, both of Pontotoc; sisters, Tessa Hartfield of New Albany and Kelsey Ferguson of Columbus; uncle, Bo Hill (Michele) of New Albany; and aunts, Lisa Hartfield Walker of Texas, and Jenifer (David) Pulliam of Hattiesburg, and many cousins.

To send a flower arrangement to the family of Nicholas Colt Hartfield, please click here to visit our Sympathy Store.