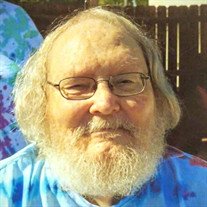 Charles Leland Starr, known as “Lee” to family and friends, was born on February 9, 1950 in Greenville, South Carolina to Walter H. Starr and Ruth Starr. Lee departed this life after many health battles, at Riverplace Nursing Home in Amory, MS on July 3, 2020.

He was a proud Boy Scout and was only three badges shy of being an Eagle Scout. Lee was well known for his love of music and all things sports, especially the Ole Miss Rebels. He was a proud employee of Lane Furniture for almost 40 years.

Lee was preceded in death by both his father and mother, Walter H. Starr, Sr. and Ruth Starr, as well as a great grandson, Caycen Keith Franks, and the mother of his children, Martha Ann LaPrade Starr.

A Memorial Service will be held at 6 PM on Wednesday, July 8, 2020 at Cleveland Moffett Funeral Home in Amory. Inurnment will be in the New Hope Cemetery. Pallbearers will be Donnie Plunkett, Jr, and R.J. Smitherman.

Visitation will be on Wednesday evening prior to the service from 4 PM until 5:45 PM.