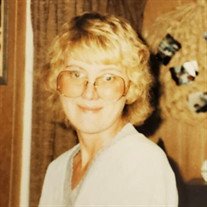 Brenda was born to parents Herman and Eula Faye McCluskey on September 5, 1953 in Yalobusha County, MS. She grew up with her brother Larry and attended Water Valley High School. After high school, she attended secretarial school in Memphis, TN where she met her first husband. Together they had two sons and a daughter.

Brenda is preceded in death by her infant daughter, Jenny; and her parents, Herman and Faye McCluskey.

In the spirit of Brenda's kind nature, please send flowers to Yalobusha General Nursing Home, 630 S Main St, Water Valley. We would like the residents of the home to enjoy flowers in Brenda's memory.