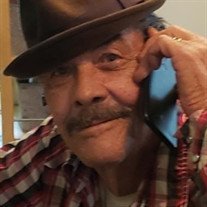 Ed Gray, 81 passed away surrounded by his loving family on Wednesday, August 8, 2020. Born on April 8, 1939, he was the son of William Robert and Josephine “Derrick” Gray. Ed served his country in the U.S Army and was a member of the Fraternal Masonry. He was best known for his charming ways, genuine smile, and playing his guitar while singing his favorite country songs. Nothing meant more to him than being with his loved ones and sharing a meal with conversation while spending quality time with them whenever he could.

Funeral services will be at 2 p.m. Sunday, August 9, 2020 at the funeral home. Burial will in the Gray Cemetery in Nettleton.

Visitation will be on Saturday evening from 5 until 8 p.m. also at the funeral home.