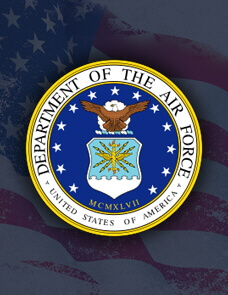 Baldwyn – Major Adlia Lamar Harrison was born on August 07, 1932 and passed away on August 15, 2020 at the age of 88 at the Meadows Nursing Facillity in Fulton. He was known by all as Lamar. He was a 1954 graduate of Ole Miss and served in the U.S. Air Force as a navigator and is a wartime veteran of the Korean War. He then served in the MS Air National Guard including many flights to Vietnam. He worked for the state of MS after his active service to his country. In his retirement years he sold cars in Mobile, AL for many years even becoming to the top salesman for Treadwell Ford. He was top salesman for so many months that his picture on the dealer’s billboard faded. Lamar is a member of the First Christian Church of Baldwyn.

Memorial services will be held at a later date. Waters Funeral Home is in charge of the arrangements.

He was preceded in death by his wife of 70 years, Helen Strain Harrison (his first and only love);daughter, Gail Denise Jones; son, Alan Lamar Harrison and a granddaughter, Melissa Joan Harrison.