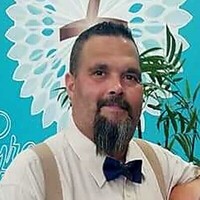 He was born Wednesday, January 2, 1974 in Longview, Texas, he was the son of the late Herbert Anderson and the late Ramona Crump Anderson. He was the husband of Melinda Bullard Anderson.

Sammy enjoyed karaoke and dancing. He was a die hard Dallas Cowboys  fan where he rarely missed watching game. One of the most important times in Sammy's life was spending time with his grandchildren.

A Funeral service will be at 3:00 PM on Wednesday at Parker Memorial Funeral Home Chapel with Bro. Ronnie Scott officiating.

Online condolences may be made to the family at ParkerMemorialFuneralHomes.com

To send a flower arrangement to the family of Sammy James Anderson, please click here to visit our Sympathy Store.