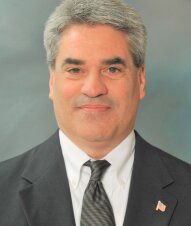 Jonathan Powell Harper, 59, of Clinton, MS passed away on August 19, 2020. He was born in Jackson, MS on May 4, 1961. He grew up in Clinton, MS and attended the University of Southern Mississippi and Mississippi College where he received his Undergraduate degree in Education and Masters degree in Education and Administration. While growing up in Clinton, Jon was a member of Morrison Heights Baptist Church. He married Janie Goza on June 27, 1987. They moved to Madison, MS in 1989 where Jon worked as a school administrator in the Madison County School District and later for the State Department of Education. In 2003, Jon, his wife Janie, and three daughters, Haley, Sara Powell, and Lindsey moved to Starkville, MS. Jon continued to serve as a school principal in the West Point School District before becoming headmaster of Hebron Christian School. Most recently, Jon joined Precept Marketing as Territory Manager for Arkansas, Louisiana, and Mississippi.

Jon was a member of First Baptist Church Starkville, and most enjoyed his time as part of the music ministry. He was known for his love of singing and playing the drums and guitar. His most precious moments were the musical performances with his daughters. He especially loved singing songs of praise to the Lord. Jon loved being an educator, spending time with his family, and all sports—especially Mississippi State baseball (Go Dawgs!). He was also a proud Golden Eagles fan for all Southern Miss athletics (SMTTT!). Jon is most known for his love of family, friends, and his students. He had a larger-than-life personality as well as an enormous sense of humor. Jon embraced life and loved deeply.

Jon is preceded in death by his father, Thaddeaus Robert Harper.

Services for Jon Harper will take place on Monday, August 24 with a visitation from 9:30am-11:00am at the First Baptist Church Starkville Warehouse Center followed by a celebration of Jon’s life at 11:00am. Immediately following, the family will continue with a graveside service. Masks are required for the visitation and following services. Social distancing is recommended.