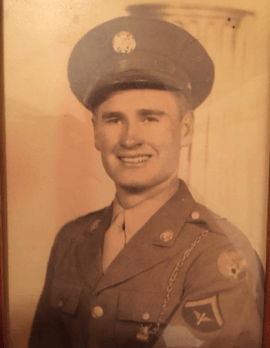 W.F. "Pete" Bridges (97) passed away peacefully at his home on August 20, 2020. He was a longtime resident of the Ellistown community. He was a people person and never met a stranger. Growing up he was the oldest of 8 children of Quitman "Tip" Bridges and Grace Adams Bridges. From a very young age he helped plow with mules and farm to provide for the family. School days consisted of walking long distances to Ingomar and Blue Springs. He left school in the 10th grade and later joined CC Camp. He helped dig Snow Lake in Ashland, MS and then watched for fires in the Winburn Tower. When WWII broke out he joined the U.S. Air Force and became an M.P. stationed in Cairo, Egypt. He was the recipient of the Sharp Shooter Medal and met Jimmy Doolittle. He was baptized at Fairfield Presbyterian Church. Over the years he was a farmer, truck driver, baseball player for Futorian, Cotton States and the U.S. Air Force, a bird dog trainer and once named Nurse Good Body for taking care of his wife. He loved to fish, hunt, ride 4-wheelers, garden, drive his Dodge truck and his tractor and tell stories of the past. He remembered every detail. He remained very active at the age of 97.

He was preceded in death by his parents; his wife of 71 years, Idell Mooneyhan Bridges; his son, Ronald Bridges and his daughter, Nina Lyles, his brothers; James and Billy G. Bridges.

Special thanks to Wesson & Mothershed Eye Clinic, Dr. Moeller at VA Clinic, Sanctuary Hospice and family and friends for love and support and especially prayers.