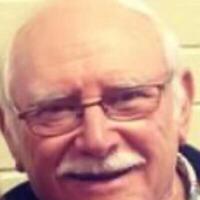 New Albany- Formerly of Van Vleet, – Mr. James Robert “Hardrock” Criddle, Sr., 80, passed away on Saturday, August 22, 2020 at Sanctuary Hospice in Tupelo, Mississippi. He was born in Chickasaw County, Mississippi on March 27, 1940 to Jesse James “Josh” Criddle and Dorothy O.C. Newby Criddle He graduated from Houston High School and Mississippi State University with a degree in Agriculture. James was District Conservationist in Union County for 28 years. After retiring, he was the Building inspector for the City of New Albany, worked for Paul Smithey Construction, Roberts Paving, Eutaw Construction and Cook and Sons Construction. He was also owner of Hardrock Blackberry Farms.

James was a member of the New Albany Kiwanis Club and a Shriner. He was instrumental in designing the football field at New Albany High School, Kitchens Field, and the New Albany Sports Plex.

Funeral Services will be held on August 28, 2020 at 11:00 A.M. at Friendship Presbyterian Church in Van Vleet, Mississippi with Rev. Terry Rhodes officiating.

Burial Will be held at Friendship Cemetery in Van Vleet, Mississippi.

Mr. Criddle is preceded in death by his parents, and brothers, Jack Criddle, John Criddle, and J.L. Criddle.

In lieu of flowers, Memorials may be made to:

**The family has asked that a mask MUST be worn at all times during the services for Mr. Criddle at the Graveside Service. Please bring your mask. If you do not have one, Houston Funeral Home will provide you with one. We also ask that you practice 6ft social distancing and refrain from personal contact due to Covid- 19 exposure. **