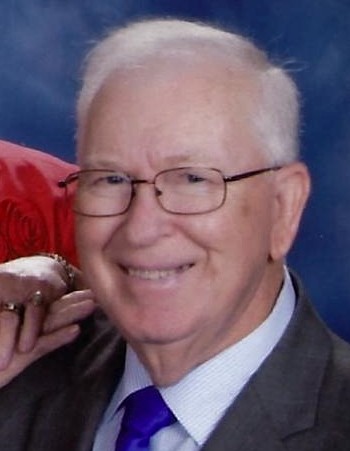 TUPELO – Bro. Wexford Parmer, age 78, was carried by the Angels into the presence of the Lord, Monday, August 24, 2020 from North MS Medical Center following a brief illness.  He was born October 11, 1941 in Hamilton, Alabama to T. Grady Parmer and Ethel Feltman Parmer.  Wexford accepted Christ as his personal savior at the age of nine in the spring of 1950, while at Second Baptist Church in Tupelo.  He was faithful as a child, leading the singing as a young teenager at Skyline Baptist Church.  He married Wanda Sue Johnson on August 12, 1960 sharing 60 years together, four children, grandchildren and great-grandchildren. He was a devoted and loving husband. Bro. Wexford surrendered to the ministry in 1962 and pastored BMA Baptist churches in Missouri, Arkansas, and Mississippi.  He worked as a regional manager, employed by Prudential Savings and Loans during the 1970s before becoming a full-time pastor. He was a lifetime member of the Lions Club of Tupelo.  He read his Bible daily, attended revivals, and association meetings regularly.

A service celebrating Bro. Parmer’s life and home-going will be at 11 AM, Thursday, August 27, 2020 in the Tupelo Chapel of Holland Funeral Directors with Bro. Jeff Richards (Son-in-law) and Bro. Guyton Hinds officiating.  A graveside service will follow at Tupelo Memorial Park.  Visitation will be today (Wednesday) from 5 PM to 7 PM and Thursday from 10 AM to service time. For those unable to attend, the service may be viewed at 11 AM Thursday at hollandfuneraldirectors.com/Live-streaming, where it will be permanently archived. Holland Funeral Directors is honored to serve their friends.

He was preceded in death by his parents, and one brother, T.G. Parmer.