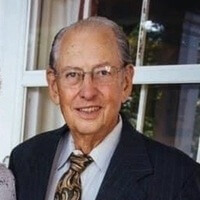 Dennis Howell passed away at the age of 84 at the Veterans Hospital in Memphis, Tennessee. After graduating from Houlka High School and attending Itawamba Community College, he married Virginia Ann Murphree. Just 2 short weeks later, he received his draft papers. He proudly served his country in the United States Army. Afterwards he returned to Memphis, TN and began his career at Smith Corona Marchant. Later, he started his own business- Southern Business Machines / Systems – where he continued for 38 years until he retired.

He is preceded in death by his parents, Tommy and Reidie Douglas; one brother Lee Howell and two sisters Sylvia Clark and Muriel Herndon; and his great grandson, Woods Hall.

Parker Memorial Funeral Homes is honored to be serving the Howell family.

On line condolence may be made at www.parkermemorialfuneralhomes.com.

To send a flower arrangement or to plant trees in memory of
Robert Dennis Howell, please click here to visit our Sympathy Store.