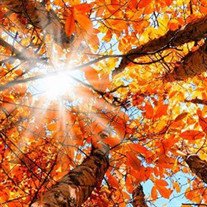 Evergreen/New Chapel Community – Noel Shumpert, 89, passed away on Tuesday, September 1, 2020 at The Meadows in Fulton, MS. Born on September 22, 1930, in the Carolina Community, he was a son to the late John and Willie Evoline Boozer Shumpert.

He grew up in the Carolina Community and graduated from Fulton High School. At age 20, he married the love of his life, Laverne Ridings, on February 16, 1951. They were blessed with over 50 happy years together. He joined the US Army and served his country proudly. An intelligent man, he worked for many years as an Electrician with NASA. He was a member of the Evergreen Methodist Church for many years.

Later in life, he became a resident of The Meadows in Fulton, MS. He loved to socialize with his friends and neighbors. He was a member of the Meadows Men Group and was full of life when it came to talking to others. Noel never met a stranger and anyone who met him loved him.

In addition to his parents, he was preceded in death by his wife, Laverne Ridings Shumpert.

A Graveside Service will be held at 10:00 AM, Thursday, September 3, 2020, at New Chapel Cemetery, Evergreen Community, Itawamba County, MS with Rev. Bobby Hankins.

Donations in lieu of flowers may be made to the Evergreen New Chapel Community Cemetery Fund, Itawamba County, MS. Memories and condolences may be shared with his family at EEPickleFuneralHome.com