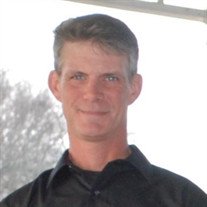 West Point, MS – Scott Lamar Fulgham, 48, passed away on September 6, 2020 at Baptist Memorial Hospital in Columbus, MS. He was born March 29, 1972 in Columbus to Margaret Cornell and John Lamar Fulgham. He worked as an Upholsterer for Scarborough Upholstery in Starkville for 3 years and was a member of Methodist Church. Scott loved his son and family. He enjoyed spending time with his son Tyler. He liked to go hunting, taking long rides on his four wheeler on the farm and going rock climbing and mud riding in his 4×4. Scott was also a spelunking enthusiast. Cave exploring was one of his favorite pastimes. You might say Scott was an outdoorsman.

A private family graveside service will be Wednesday, September 9, 2020, with Pete Bowen officiating. Calvert Funeral Home of West Point is honored to be entrusted with the arrangements.

In lieu of flowers, memorials may be made to West Point/Clay County Animal Shelter, 5122 Old Tibbee Road, West Point, MS 39773.