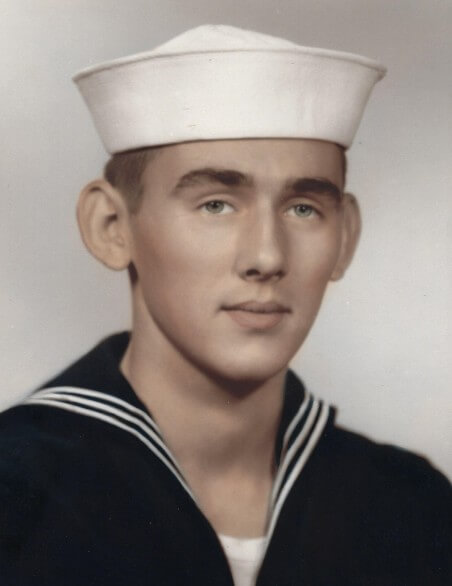 VERONA – A vibrant, engaged grand ole fellow, Billy Joe “B.J.” Fields has laid down his earthly mantle and has begun his eternity with all the great military and theatrical souls who have gone before.  B.J. died of Leukemia at Sanctuary Hospice House on Wednesday, Sept. 9, 2020.  Born in Bentonia, MS on July 19, 1938, B.J. was adopted shortly after his birth by Cary Lee Fields and Golda Drennon Fields.  In 2019, B.J. connected with his birth siblings, Jerry Goode and wife, Dorothy, and Brandy Wesley.  He grew up in the Amory area and graduated from Amory High School in 1956 where he excelled in the band. A patriotic American, he went into the U.S. Navy for four years. He then attended Itawamba Junior College, afterwards joining the U.S. Air Force. Altogether, he served in the military for 23 years, ultimately retiring on Oct. 4, 1978 with the rank of Master Sergeant from the U. S. Air Force. His initial service included playing Trombone in the U. S. Navy and Air Force Bands. He saw 2 tours of duty in Vietnam where he was a Photo Imagery Interpreter on military plane Intelligence missions. For his bravery and courage, he was awarded 9 Oak Leaf Clusters and a Bronze Star for Meritorious Service to his country.  B.J. married his wife, the former Ruth Ellen Duvall of Mantachie, on Oct. 7, 1960 in Hatley. They remained sweethearts for 60 years making Verona their home for many years. B.J. held various jobs in the civil world, but his great love was his family and his theatrical involvements. B.J. appeared on stage with Tupelo Community Theatre in over 20 productions where he played virtually every role theatre offers. Blessed with a beautiful tenor voice, he especially enjoyed Broadway musical productions including leading roles.  He also sang faithfully with the Tupelo Community Chorus. B.J. was firmly secure in his spirituality and spent many years as a member of First Baptist Church Verona where he was a member of the choir. Later in life, he and Ruth were members of Oak Hill United Methodist Church where he served many capacities including choir member, lay leader and taught Sunday school. He cherished being a member of the Singing Iris group which included Hugh (Shorty-the Telephone Man) Duvall and Charles Owen. Additionally, he served as a Lay Minister in the United Methodist Church and was known by the children of his church families as Big Daddy. B.J. enjoyed a full, adventurous and fulfilling life that was hallmarked by his love of God, country, his church and his family.  His living was not in vain!!

A service, with military honors, will be held at 2 PM Friday, Sept. 11, 2020 at the Tupelo Chapel of Holland Funeral Directors with Dr. David Hamilton officiating, his former pastor, Rev. Donnie Riley delivering the eulogy, his current pastor, Bro. Josh Tate offering prayers, and Bro. Randy Wood singing and playing the piano.  A private family burial will follow in Lee Memorial Park.  Visitation will be from Noon-service time on Friday only.  Friends are welcomed but asked to observe all Covid-19 guidelines, including wearing a mask, to the service. For those unable to attend, the service may be viewed at www.hollandfuneraldirectors.com/Live-streaming.

B. J. is survived by his wife, Ruth Duvall Fields of Verona; his sons, Stephen Fields  of Biloxi, Matt Fields (Laina Tucker Fields)  of Sherman, and Mark Fields of Verona; his daughter, Mary Fields Brock (Jeff) of Verona;  9 grandchildren and 9 great-children; his siblings-in-law, Sara and Ken Eickerman of Puget Sound, WA, Betty Duvall King of New Albany, Martha and Charlie Whitehead of Shannon, Patricia Duvall of Lee County, Liz and Barry Duncan of Batesville, and Bud and Shelby Duvall of Mantachie; and numerous nieces, nephews,  and cousins.

He was preceded in death by his parents; a sister, Mary Sue Fields Whitlock; his grandson, Adam Brock; and brother-in-law, Hugh “Shorty” Duvall.