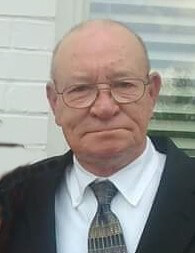 NETTLETON – Billy Ray Hogue died Wednesday, September 9, 2020 at NMMC in Tupelo. He was 77. He was born April 27, 1943 in Union County to Stacey Hogue and Easter Taylor Hogue. He lived most of his life in the Amory area and married Judy Lee Parker Hogue. Early in life, he worked at the Verona Truck Stop and Nonie’s Truck Stop as a tire man. He then worked for Hunter Douglas as a painter and retired after many years on that job. He enjoyed dirt track car racing, Mississippi State football, and playing poker.

Due to Covid, a private family service will be held with burial to follow in Jones Chapel Cemetery in Nettleton. Holland Funeral Directors is honored to serve their friends.

He was preceded in death by his parents; his wife, Judy Lee Hogue, who died May 6, 2015; and his sister, Carol Jean Hogue Prather (Jerry).