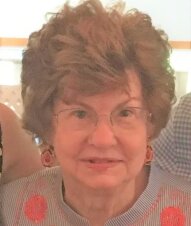 Mary Lee was born in Barnes, KS and attended Kansas State University where she earned her degree in Home Economics. In 1954, she married her husband Dr. Gene Scott in Kansas and together they started their family in Kansas and Iowa before settling in Starkville, Mississippi when her husband, as a member of the USDA, joined the faculty of Mississippi State University. They were active members of Starkville First United Methodist Church, ardent supporters of State, and formidable bridge partners. She was a skilled baker, whose peanut brittle, banana bread, and pecan tarts were the highlight of every holiday and family gathering.
In the years after the passing of her husband, Mary Lee moved to Keller, TX, to be closer to her children. At her residence at the Conservatory, she was known as an avid bridge and pinochle card player, who enjoyed teaching others the fine points of the games. She found great happiness planning and participating in family outings and vacations with her children and grandchildren. From the Outer Banks to Paris, her family fondly remembers adventures and family dinners followed by spirited card games, where she quietly but effectively dominated each hand.

She is predeceased by her father William Klee, her mother Fannie Wallace, her husband Gene Scott, and her sisters Nancy and Annie.

She is survived by her sister Doris Klee, her brother Henry Klee, her son David Scott, and her daughter Sue Lisowski. She has two grandchildren Dr. Erin Scott and Gregory Scott and was very much looking forward to the arrival of her first great-grandchild this Fall.

Mary Lee is being laid to rest in Memorial Gardens in Starkville, Mississippi where she is reunited with her husband Gene.