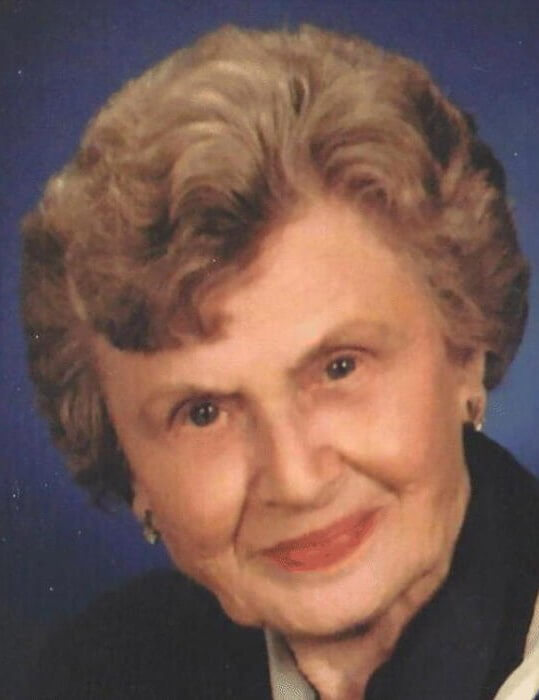 VERONA – Hilda Edwinta Williams Albritton, age 97, was born June 22, 1923 in Amite County, MS and passed away peacefully at her home in Tupelo, MS on September 10, 2020.
The daughter of Ras E. and Marie Cruise Williams, she grew up near McComb, MS in Amite County and graduated from Mars Hill High School. She married Robert C. "Pete" Albritton on Feb. 12, 1945. After returning from WWII in 1946, he completed his masters degree in agriculture at Mississippi State University and began work at the Experiment Station in Kosciusko. In 1949 he was named superintendent of the new Northeast MS Agricultural Experiment Station, bringing them to the Tupelo area where they were to spend the rest of their lives actively involved in Harrisburg Baptist Church and in the farm and business communities of the area. After "Pete" died in 1986, Edwinta remained actively involved in her church, particularly enjoying the senior choir, trips and lunches with the Merry Makers, and working with the Hospital Homebound ministry. She continued to enjoy the Sorosis Club and her many years of volunteer work with the Meals on Wheels program in Lee County. Visiting, traveling, and enjoying reunion trips with her beloved "Williams Family Gang" brought great joy. Spending time with grandchildren and great-grandchildren was always a priority; and having grandson, Luke, his wife, Jamie, and great-grandchildren Jasmine, Cole, Mia and Keira live with her, involve her in their activities, and care for her during the last five years has been one of her greatest blessings.
In addition to her husband and her parents, Edwinta is preceded in death by six brothers: Winton Eugene Williams, Lloyd Cruise Williams, Clarence E. Williams, Jewell Ross Williams, Benjamin Bert Williams, and Clifton E. Williams, and five sisters: Gladys Ira Williams Fortenberry, Dennie Laverne Williams Scott, Carrie Naomi Williams Carruth, Norma Elaine Williams Hughey, Mildred Evelyn Williams Selman, and Edna Earline Williams Cooper Tyson.
Edwinta is survived by her beloved best friend and sister, Eugenia Marie Williams Fitzmorris; daughter, Cheryl Albritton Gregory (David); son, Robert D. Albritton (Rita); five grandchildren, ten great grandchildren, and many wonderful nieces, nephews, and cousins.
Due to health concerns related to the current pandemic, there will be no visitation or service. The family will hold a private celebration of remembrance and thanksgiving. Memorials may be made to Sanctuary Hospice, whose caring and highly competent home hospice staff allowed Edwinta to spend her final days at home with family. Condolences may be emailed to hollandfuneraldirectors@comcast.net.