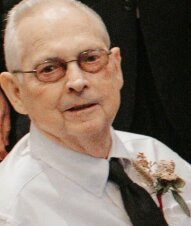 He was born in Crockett County, Tennessee on May 17, 1943. He was a US Army Veteran and was stationed in both Texas and Germany. He later worked as a Welder and Road Construction Foreman. In 1979, he moved to Starkville and began his farming career until 1985 when he started having health issues.
He loved spending time with his family and hearing his grandkids share with him about life. He enjoyed watching sports and Western movies. He also enjoyed reading and growing tomatoes before his health declined. He was a Christian and attended worship at First Baptist Maben Church when his health permitted. He had a smile that was contagious.

Family Services will be held on Friday, September 18, 2020 at 2:00 p.m. with Reverend Ben Yarber officiating at First Baptist Church Maben with burial to follow at Curtis Chapel Cemetery Starkville. A celebration of life service will be planned at a later date when COVID concerns lessens.

The family wishes to thank Dr. Lee Schwartzberg and Dr. David Kraus of Memphis, TN for their care and kindness extended to Roy for over 35 years.