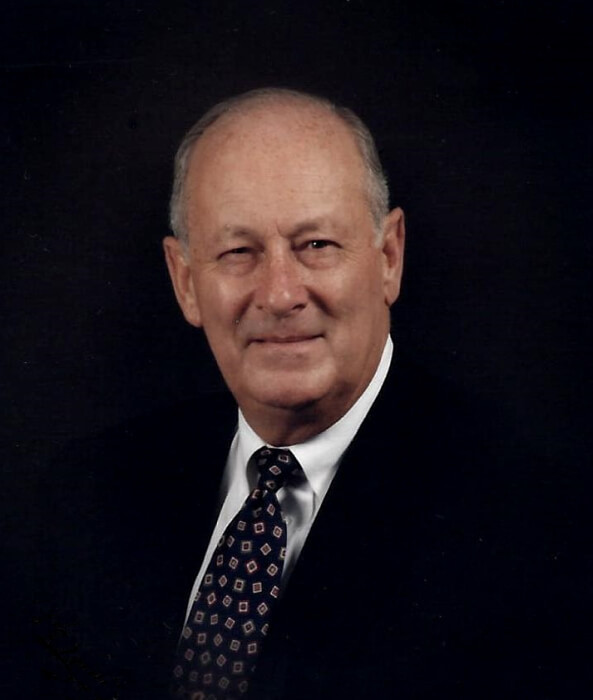 TUPELO – James Ray Thornton, 92, a great ole soul whose earthly pilgrimage included a love of family, football, community and his God, entered the Church Triumphant on Sunday morning, Sept. 20, 2020 from his residence in Tupelo after a courageous battle with lung cancer. Ray loved life and ran his course with vitality, zeal and zest. Born in Copiah County, Crystal Springs, MS on October 13, 1927 to the late James “Jim” Thornton and Lessie Lack Thornton, he was the oldest of three sons. Raised on a scrabble dirt farm raising tomatoes and other produce, Ray had a solid value system thanks primarily to his good Momma.  He excelled in football at Crystal Springs High School and was offered scholarships to both Mississippi State and Ole Miss. Coach Johnny Vaught upped the original half paid scholarship offer at Coach Bruiser Kinard’s insistence and Ray became a standout player on the Ole Miss Rebel football team.   Ray received a BS and MA degree from the University of Mississippi in Physical Education.  He had a storied coaching career which included Head Coach at Itawamba Junior College following legendary Coach Butch Lambert. He served as an Assistant coach at Wake Forest University in Winston-Salem, NC and finished his coaching career as head football coach for the Millsaps College Majors in Jackson. Always encouraging and mentoring young folks, Ray had a knack for getting things done.  After coaching, he began a second career as Sales Manager of Jackson Paper Co., making it the most solid paper distributor in the state of Mississippi. He moved to Tupelo and was owner of Thornton’s Greenhouses in Fulton, MS, ending his working career in sales at Truck Center of Tupelo. Ray married his first wife, the late Gene Still Kirk Thornton of Tupelo, in 1950.  She died on April 29, 1970.  Ray married Annette Tiner Gookin Thornton on Oct. 8, 1983 and she survives.  Always supporting good causes and exemplifying a strong community spirit, Ray was a longtime member of the Tombigbee Electric Power Association Board of Directors. He and Annette were faithful members and attendees of the First Presbyterian Church in Tupelo.

A service to the Witness of the Resurrection celebrating Ray’s life will be held at 11 AM  Tuesday, Sept. 22, 2020  at the Tupelo Chapel of Holland Funeral Directors with the Rev. Dr. Ron Richardson officiating.  Visitation will be from 9:30 AM-service time on Tuesday only where friends are welcomed to come.  Private inurnment, with the Rev. Dr. Olin McBride officiating, will be in the Columbarium at Stuart Gardens on the campus of First Presbyterian Church.  For those unable to attend, the service may be viewed at www.hollandfuneraldirectors.com/Live-streaming at 11 AM Tuesday and will be permanently archived thereafter.

Memorials may be made to the First Presbyterian Church, P. O. Box 1785, Tupelo, MS 38802. Condolences may be emailed to hollandfuneraldirectors@comcast.net.