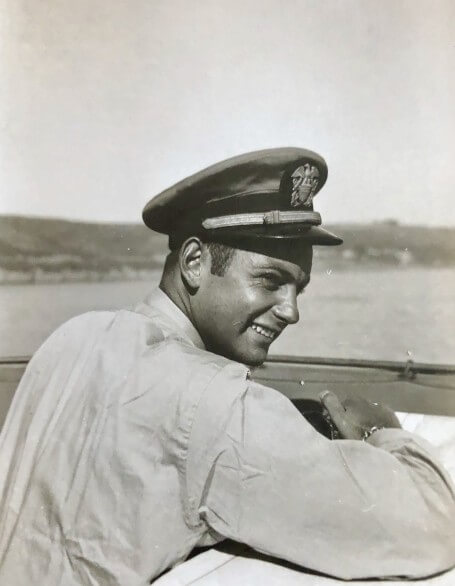 NEW ALBANY / TUPELO – Ellis Harry Tomsky, at 97, fell ill in the last two weeks and died in the sunset of Wednesday, September 23, 2020 at Sanctuary Hospice House of respiratory failure. Born in San Francisco, Calif. on Nov. 9, 1922 to the late Leo Tomsky and Stella Harris Tomsky, he attended school in San Francisco and graduated with a BS in Engineering from University of California-Berkley.  Ellis was a patriotic American and served in the U. S. Navy during World War II as an officer on a minesweeper in the Pacific. Born an ”old salt” and respecter of the “waters,” Ellis loved the Pacific Ocean and later in life, enjoyed many trips to the beaches of the Gulf.  He worked over 45 years as an Engineer with FMC/Link Belt. He retired as Chief Engineer in the Tupelo operation. He had a keen sense of the rhythm of life, how to multitask before it was popular, and how systems, cultures and mores fit together to make cohesion and progress. A fiercely intelligent and engaged man, Ellis was born with a literary appetite and always was studious, inquisitive and provocative.  He was a founder of the Friends of the Lee County Library. A docent of the arts and great lover of classical music, Ellis was a longtime patron of the North Miss. Symphony Orchestra.  An aficionado of Mozart, Ellis could name virtually every work of the great composer instantly.  Ellis held a fascination for computers and was in on the ground floor decades ago.  He loved antique clocks and became a master repairman for hundreds of clock for the public and for his own collection.  Photography was another passion and he was a member of the Southern Light Photography Club in Tupelo. He was completing a photography project just two weeks ago. His legacy is one of innovation, fascination and procreation of the wonderful things that make life exciting and memorable.

There will be no formal services per Ellis’s request. The family requests that you honor the memory of Ellis by making memorial donations to the Friends of the Lee Co Library, 219 North Madison, Tupelo, MS 38804, or the North Mississippi Symphony Orchestra, P. O. Box 349, Tupelo, MS 38804.