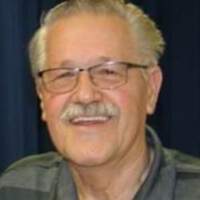 Lester H. Oakman, 73, passed away peacefully in his daughters’ home in Knoxville TN on Saturday, October 3, 2020, after a lengthy illness surrounded by both of his children. He was born May 23, 1947 in LaHarpe, IL to Vernice and Earlean Oakman. After retiring from the Air Force, he moved his family to Shannon Ms. He worked for Barbers Milk then for Heritage Plastics Co. until retirement. He lived at the Saltillo Fishing Club for the last 25 years. He enjoyed playing golf, listening to audio books, watching sports, spending time with family and friends and spoiling his fur-baby Sophie.

He was preceded in death by his father, Vernice Oakman; his step-father, Leland Walker, Sr.; his wife, Julia A. Oakman; one brother, Retired MSG Kenny Walker.

Visitation will be 10 – service time Saturday.