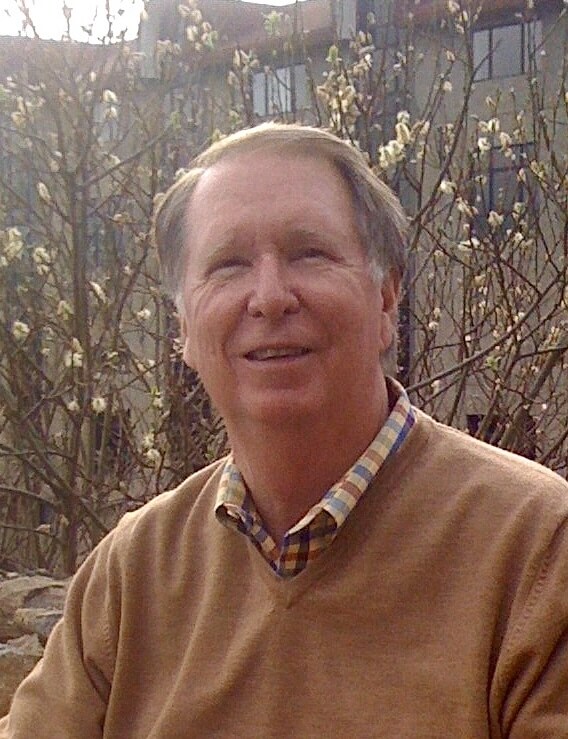 Oxford — Roger Mayo Flynt, Jr. died peacefully “on the brow” in Mentone, Alabama, with his wife Gaye at his side on October 6, 2020.  He was 81. The funeral service will be held Monday, October 12, 2020 at 11:00 AM at First Baptist Church in Oxford, MS with Pastor Russell Parks Flynt and Rev. Don Gann officiating. Burial will follow in Oxford Memorial Cemetery. The visitation will be held Sunday, October 11, 2020 at Waller Funeral Home from 3:30 PM until 5:00 PM and the day of the service at the church from 10:00 AM until service time. *In accordance with guidelines issued by the City of Oxford, face coverings are required. *

A native of Meridian, MS, born February 9,1939, he was the only child of the late Dr. Mayo and Erline Flynt.  Raised in Meridian, he was an Eagle Scout, member of the Order of the Arrow, graduating from Baylor School in Chattanooga, TN.  Following graduation, he entered Baylor University on a football scholarship, staying only a year because in his words, “I was small, but slow.”  He transferred to the University of Mississippi where he earned an undergraduate degree in 1962 and a law degree in 1964, and was a member of the Law Review.  While at Ole Miss he was a member of Phi Delta Theta and took great pride in being the only twice-elected social chairman, during which time he established Ivy League, the fraternity’s annual fall party. All three of his sons were “brothers in the bond” of Phi Delta Theta and actively carried on the Ivy League tradition. Ole Miss would become one of the great interests and joys of his life. In addition to philanthropically supporting the university, he served as President of the Law Alumni Association, The University of Mississippi Foundation, served on numerous committees and was honored to be inducted into the Lamar Order as well as the University of Mississippi Alumni Hall of Fame.

Upon graduating from law school, he joined the law firm Heidelberg & Woodliff in Jackson, MS.  A few years later, he returned to Oxford and to what he said was “the most fun job I ever had” as an Assistant U.S. Attorney.  He, along with his life-long friends E. Grady Jolly and Mickey McGuire, believed they stood between the good citizens of North Mississippi and various bank robbers, bootleggers, and counterfeiters.  His most famous witness was the renowned Tennessee Sheriff, Buford T. Pusser, who instructed him during witness preparation, “son, just put me on the stand and get out of the way.”

In 1968, he joined the South Central Bell Legal Department in Birmingham, AL, beginning a thirty-plus year legal/external affairs career with AT&T and then BellSouth.  His years with the “phone company” were productive and rewarding.  In 1973, he returned to Jackson, MS, as South Central Bell’s General Attorney for Mississippi where he was involved in legal and regulatory matters produced by the U.S. Government’s break-up of “Ma Bell” AT&T leading to the formation of BellSouth.  During these years, he met the love of his life Gaye Parks and they were married in 1975.  In 1983, he accepted the position of Associate General Counsel for South Central Bell in Birmingham.  A few years later, he and Gaye returned to Jackson when he was promoted to State President for Mississippi and elected an officer of BellSouth.  While in Jackson he was involved in the community serving as President of the Jackson Symphony Orchestra, the Chamber of Commerce, the Mississippi Museum of Art, the Federal Bar Association for Mississippi, and served on numerous other boards, including the Board of Directors for Trustmark National Bank.  Also, during this time, he served as the Junior High Sunday School Director at First Baptist Church, commenting his service warranted “combat pay.”

Later, he accepted new assignments in Birmingham and then Atlanta.  After serving as General Counsel for BellSouth, he retired as Executive Vice President for External Affairs in 1998.  At the time of his retirement he was President-elect of the United States Telephone Association. Throughout his career, he enjoyed many friendships and unique experiences such as running with the Olympic Torch for the 1996 Atlanta Games.  This was surprising to his friends who had previously only ever seen him run from The Grove to Vaught-Hemingway to make kick-off.  Roger enjoyed traveling, all things Ole Miss, bird watching, and curiously — bird hunting.  More importantly, he most enjoyed spending time with those he loved.  One of his dearest friends said, “no one surpassed Roger in love and loyalty to his friends and family.”  He was a kind, gentle, virtuous and happy man who was also hard-working and ambitious, as his record of achievement indicates.   He was known for his storytelling, wit, and sense of humor.  A generous man, many observed that he was a true southern gentleman and a “class act.”