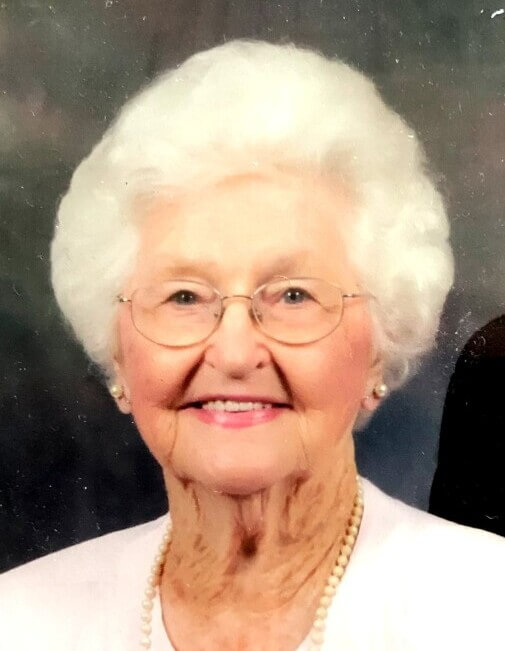 TUPELO –   Bernice "Bonnie" Ophalene Young Johnson, at the beautiful age of 95, met her Creator and rejoined her many family members and friends gone before on Sunday, October 18, 2020. She had resided at Diversicare Nursing Center in Tupelo the last few years. An Itawamba Co. native, Bonnie was born on October 14, 1925, the daughter of the late John T. "Booker" Young and Ivy Kennedy Young, both of Itawamba Co. She graduated from Itawamba Agricultural High School in 1943. She met J. D. Johnson, a dashing young man from Carbon Hill, Ala. and, after serving his county in the U. S. Army during World War II, he returned home and married his sweetheart on Jan. 5, 1946. This marriage was to last over 65 years until his death on August 25, 2015. J. D. answered the call to become a preacher at age 37 and Bonnie, the ever encouraging, supportive and happy minister's wife, became his sidekick and strong arm in all his ministerial capacities. They served churches in Alabama, Georgia, Illinois and Mississippi. Bonnie and J. D. found their ultimate Church home at First Baptist Church-Tupelo upon retirement and became an integral part the ministries at FBC. They were both delightful souls and had many friends throughout the Church and the Mid-south. Her sweet disposition, her loyalty to her faith and her spiritual countenance will be her enduring legacy.
A memorial service celebrating Bonnie's life will be held at 3 PM Tuesday, October 27, 2020 from the Chapel of Holland Funeral Directors with her First Baptist Church family expressing gratitude for her multiple contributions to her God and fellowman. Private burial at a later date will take place in Itawamba Memorial Gardens in Fulton. For those unable to attend, the service may be viewed at 3 PM Tuesday at hollandfuneraldirectors.com/Live-streaming and will be permanently archived thereafter.
Bonnie is survived by her daughter, Diane Johnson Allen of Newton, GA; 5 grandchildren and their families; several cousins, nieces and nephews. She was preceded in death by her parents; her husband, Rev. J. D. Johnson; a son, Jay Johnson; daughters, Dawn Johnson, and Jerri Lee Johnson Bates; and 5 siblings.
Memorials may be made to First Baptist Church, 300 Jefferson St., Tupelo, MS 38801.