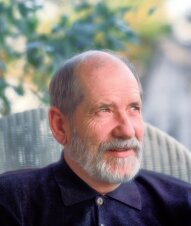 A graduate of Mississippi State University, Dan taught for a time in the Vicksburg public schools but returned to Starkville. He joined the faculty of Mississippi State before devoting full time to creating and managing the Cotton District, a nationally recognized residential and commercial development. Dan remained committed to public education and served for many years on the Board of Trustees for the Starkville School District. In that role he was a champion for the arts. He also supported the Starkville Arts Council and was the guiding light behind the Cotton District Arts Festival. From 2005 to 2009, he was mayor of Starkville and brought his business expertise to city government.

His many friends praised Dan for his intellectual curiosity and wide-ranging knowledge, for his keen wit and ready laugh, for his innovative ideas, for his open mind and generous spirit, and for his willingness to take a stand on issues of importance. Dr. M. L. (“Twinkie”) Lawhon, his friend from childhood, spoke for a legion of admirers when she called Dan a “genius.”

A private memorial service will be held at a later date.

In lieu of flowers, the family requests that donations be made to a charity of choice.