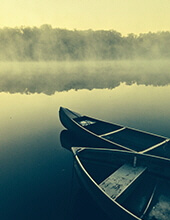 Saltillo – James “Jamey” Eaton, entered the gates of Heaven, with Jesus opened arms, “Saying O Here he comes”, on October 24,2020. T o know him was to love him, he was just a ball of life. He loved and enjoyed being with his brothers and sister. When they were all together it was straight chaos. As a young boy, him and his daddy who instilled hunting, fishing, and playing baseball was their thing. Mama taught him to pray and love everyone and he did. He loved his children dearly, they were everything to him. When they were together you could hardly tell who was the child and who was the adult. We were so thankful he finally found love with Ashley and he was crazy about his Grandma. Jamey went to Saltillo elementary when he was young, then moved to Corinth were he entered Corinth High for a short time. He then transferred to Wheeler High School where he played football and did weight lifting.

He was employed by Ashley furniture for a short time. Even though he chose a hard road, he knew the Lord and loved him. He could quote scriptures from the Bible that some of us would have to look up. He was our first born and truly was a beautiful soul who loved his family and friends. Those who truly knew him were lucky.

Funeral services will be at Waters Funeral Service on Monday, November 02, 2020 at 2:00 p.m. with Bro. Bobby Casteel officiating.

He was preceded in death by his grandfathers, James Herman Eaton and Douglas Raines; a special cousin, Brandon Brock.

His brother, Patric Raines will serve as an honorary pallbearer.