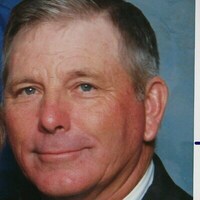 Edward Glyn Hester, 77, of Nettleton, died Saturday, November 7, 2020, at Gilmore Memorial Regional Medical Center in Amory after a brief illness. He was born February 8, 1943, in Itawamba County to Herman Glyn Hester and Ruth Johnson Hester. He graduated from Nettleton High School then went on to graduate from Mississippi State University with a Business Degree. In his earlier years he was an avid bird hunter and always made it a contest to kill the most birds when hunting with friends. He served in the Mississippi National Guard from 1965 to 1971. Glyn was well known for his construction, he owned Glyn Hester Builders. One of his greatest joys in building was to serve as lead contractor in the construction of five cottages throughout the state for the Baptist Children’s Village. Forever by his side in all of his endeavors, Judy would prepare meals for all the workers. The Hester Cottage in Starr is named in honor of Glyn and Judy.

Glyn was a long-time member of Nettleton First Baptist Church where he served as Deacon and Sunday School Secretary. Glyn made a point to try and never miss church, arriving early so he might be of assistance to anyone needing help. He has served as a trustee of the Baptist Children Village for over 20 years.

He is preceded in death by his parents

In lieu of flowers donations may be made to The Baptist Children’s Village: P.O. Box 27 Clinton, MS 39060