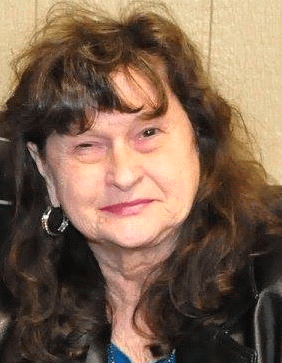 MOOREVILLE – Jilda "Jill" Ophelia Rice passed away on November 17, 2020, her 78th birthday, at Sanctuary Hospice House after a long battle with Alzheimer's disease. She was born on November 17, 1942, in Memphis, Tennessee to the late Willie Clyde White and Mary Lavelle Rowan White. On September 24, 1960 she married Richard Thomas Rice of Ware, Massachusetts and together they spent 20 years in the Navy before moving to Mooreville, MS in 1979. She was a loving wife, mother, grandmother, and great grandmother. She loved spending time with her family and her kitties. She was also a Black Belt in Taekwondo and won many medals for her age group. She was a member of Eggville Church of Christ.

She was preceded in death by her son Gary Rice who died December 5, 1999. Her parents, and two sisters Marie Jacques and Mary Evelyn Tuck.

In lieu of flowers memorials can be made to the Tupelo Humane Society, Sanctuary Hospice House, or Alzheimer's Association. Condolences may be posted at hollandfuneraldirectors.com.