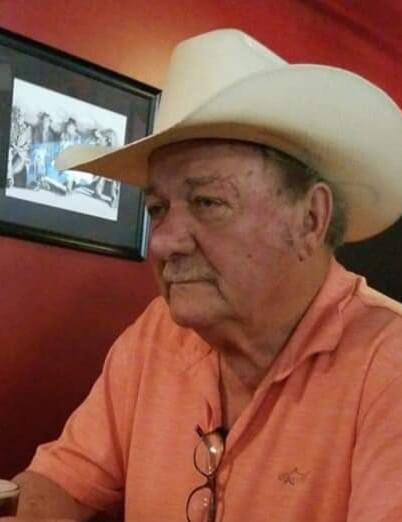 OKOLONA – Coy Dalton Christian, Jr., 77, answered the final call of the Master Auctioneer on Tuesday, November 24, 2020 from NMMC and returned to his Creator. Dalton was born in Okolona to the late Coy Dalton Christian, Sr. and Thelma Williams Christian. He graduated from Okolona High School in 1961, attended ICC and ultimately chose University of Tennessee-Chattanooga, attending with his great friend, the late Jack Gregory, to play football.  He was further educated at the Kansas City Auctioneers College in Kansas City, where he received training in the art and science of being an Auctioneer. Dalton settled in the Houston, Texas area where he spent 15 years mastering his auctioneer skills and was so sought after to ply his trade, he had to pass work on to other colleagues. Dalton later returned to his native Chickasaw County where he owned and operated Dalton Christian Auctioneers until his health recently failed.  Dalton was what we call in the South “a Dirt Road Sport,” riding country roads, singing and entertaining his family and many buddies. He loved life, living, telling ribald stories around the campfire or around the domino table and fellowshipping with his friends. He had a “Hank Williams, Sr.” singing style, delighted in family gatherings, cooking stew and entertaining everyone.  He was a magnet for children whom he always encouraged and mentored.  His “back roads” country life was simply remarkable and he will be missed.

A service celebrating his life will be held at 4 PM Sunday, November 29, 2020 from the Tupelo Chapel of Holland Funeral Directors with his Pastor from Faith Outreach Church in Okolona, Bro. Jimmy Bryan,  officiating.  Visitation will be from 3 PM-service time on Sunday only.  For those unable to attend, the service may be viewed at hollandfuneraldirectors.com/Live-streaming and will be permanently archived thereafter.