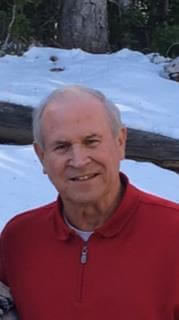 Jimmy Frank Wise, 79, went to be with Jesus, Sunday, November 29, 2020. He was born in Ackerman, Mississippi, on January 6, 1941, to John David and Jimmie Aline Wise. Jimmy graduated from Provine High School in Jackson, Mississippi, in 1959, where he played all sports. After graduation, Jimmy attended Mississippi State University where he played on the 1960 freshmen basketball team and then became manager for the MSU 1961, 1962 and 1963 SEC Men’s basketball champions. In 1963, the team participated in the NCAA tournament for the first time and played against Loyola in what became known as The Game of Change.

Jimmy graduated from State in 1963 and came to Pontotoc, Mississippi, to coach boys and girls basketball, football and tennis. He loved coaching and enjoyed the many girls and boys he taught and coached. While in Pontotoc, he met his wife, Beverly Hester. They married June 20, 1965, and had fifty-five wonderful years together. After moving to Greenwood, Mississippi, he worked for Gold Bond Gypsum for seven years. While in Greenwood, two sons were born, Rhett and Scott. Jimmy and family moved to Memphis where he began his forty year career with Temple Inland, Inc. and where son, Reagan, was born. He then located his family to Pontotoc where he continued his career and where son, Josh, was born.

Jimmy loved all sports and coached Little League baseball. He loved nothing more than to watch or coach is sons. He enjoyed going to MSU football, basketball and baseball games. He traveled extensively and he and Beverly had many wonderful trips all over the United States. His greatest love and blessing was his family. He proudly attended all of his ten grandchildren’s activities.

Jimmy was a deacon, Sunday school teacher and served on many committees at First Baptist Church in Pontotoc. He was an active member of Harrisburg Baptist Church in Tupelo where he also served. He was blessed with family, friends and many wonderful co-workers. He leaves behind a legacy of wonderful memories to treasure.

He was preceded in death by his parents and father-in-law and mother-in-law, Hoyle and Merle Hester.

Visitation will be at 12:00 PM, Wednesday, December 2, 2020, and continue until service time of 2:00 PM at Harrisburg Baptist Church, Tupelo, Mississippi. Bro. Chuck Hampton and Dr. Ed Deuschle will officiate. Burial will follow at Pontotoc City Cemetery. Browning Funeral Home of Pontotoc is in charge of the arrangements.