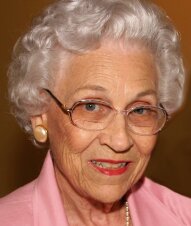 In 1944 she married James H Ford, whom everyone referred to as “Ford”. They had two children, James Richard Ford and Lynda F Graham. Amy and Ford lived in Madison for many years before moving to Pegram TN. After Ford’s death in 2005, she moved back to Mississippi and settled in Starkville.

Amy enjoyed reading books and magazines, and was an avid crossword puzzler. For many years, Amy and Ford vacationed by travelling the South in a variety of Airstream trailers. She loved flea markets and yard sales. More recently she was a frequent winner at weekly afternoon bingo and trivia contests.

There will be a graveside memorial December 9 at 1pm at Memorial Garden Park.