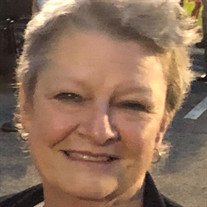 West Point, MS – Betty Diane Smith, 64, passed away on December 13, 2020 at NMMC in West Point. She was born May 16, 1956 in Pascagoula to James D. Kirkland and Virginia Beckham. On June 7, 1974, she married Robert Smith and the newly weds moved to West Point. Betty was a Walmart Support Manager for 8 years and was a member of Christ United Methodist Church. Betty was a very loving wife who enjoyed working in her yard. She especially loved spending time with her grand kids and great grand kids. Anyone that came in contact with Betty knew just what a giving and caring person she was. She will be missed by all.

No services have been scheduled at this time.

Calvert Funeral Home of West Point is honored to be entrusted with the arrangements.

She was preceded in death by her parents and one brother; Chuck Kirkland.