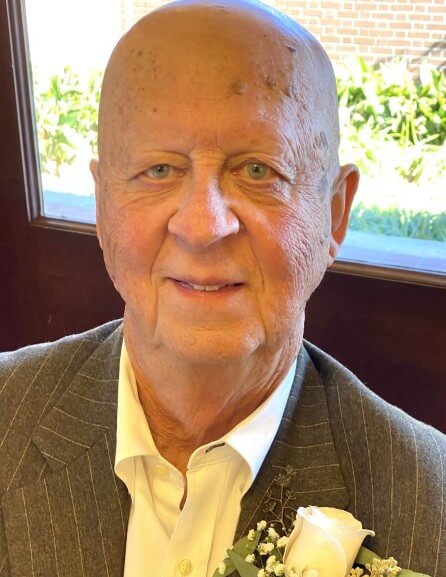 TUPELO – Leroy Joseph (Sonny) Jaeger, 78, died suddenly and unexpectedly at his home in Tupelo, MS, on December 15, 2020.  Roy, as he was known to his friends, was born in St. Louis, MO on December 11, 1942, to Leroy William Jaeger and Sophie Gertrude Niedzwiecki, who both preceded him in death. He was also preceded in death by his son, Randall William (Randy) Jaeger.

Roy attended McBride High School in St. Louis and went directly into the Navy at age 17. He met his first wife, Becky Fowler, while he was stationed in Alameda, California. They were married 41 years before her death in 2005.

Roy spent most of his career in transportation, beginning as an aircraft mechanic with United Airlines in San Francisco. He moved to Kansas City to continue work in the airline industry, but when that job fell through, Roy found work in long-haul trucking and relished the experience of being on the road and meeting new friends everywhere he went. He was later asked to move into sales and management and through the years his work took him to Kansas City, Virginia, North Carolina and then – with Stanley Tools – he moved to Mississippi. His last position in that field was as transportation coordinator at Mueller Copper Tube in Fulton.

A devout Roman Catholic, for many years he and Becky were on the leadership team of Marriage Encounter, a marriage enrichment program designed to make good marriages great. When he moved to Tupelo, Roy became an active member of the Father Robert Reitmeier Council 8848 of the Knights of Columbus. After retiring from Mueller, Roy served on staff at St. James Catholic Church managing the facilities and as coordinator of Adult Education for the Parish. He found his deepest joy in the Church as director of the RCIA program (the program for new adult converts to Catholicism) and was recently in the midst of leading the program for new members to be received into the Church at Easter in 2021.

Following Becky’s death, Roy married Rubye Del Harden and became deeply involved in her work, helping with deliveries at SprintPrint and, as needed, in the ballroom dance community. He was known far and wide for being one of the gracious faces at the desk for the annual All Star Dance Camp, was regularly in attendance at dance parties in Tupelo, and loved serving the role of grandfather to the young dancers in the Tupelo Dance Community.

A graveside service with military honors will be held at 2 PM, Friday, December 18, 2020 at St. Thomas Aquinas Cemetery in Saltillo. The Rev. Tim Murphy and the Rev. Henry Shelton will officiate. For those who cannot attend in person, the service will also be live-streamed on the St. James Catholic Church, Tupelo, Facebook page. A memorial mass celebrating Roy’s life will be held at St. James Parish later in the year when it is safe to gather. Holland Funeral Directors is entrusted with the arrangements.

Donations in Roy’s memory may be made to the Knights of Columbus, in care of St. James Catholic Church, 1911 North Gloster, Tupelo, MS 38804, or to the CREATE Foundation / Dancing with the King Youth Scholarship Fund, PO BOX 1053, Tupelo, MS 38802.