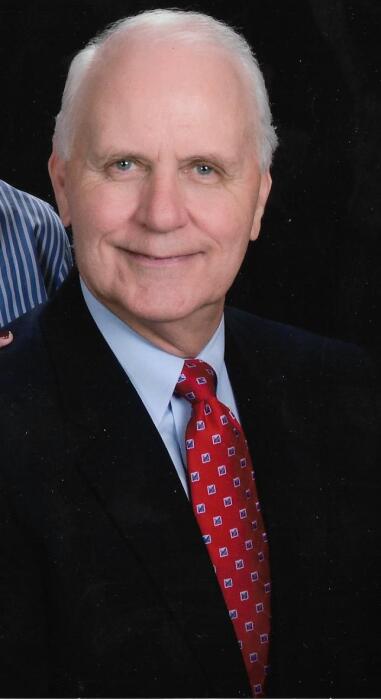 PLANTERSVILLE – William Lewis “Bill” Phipps, 74, a great vibrant soul, met his Creator on Friday morning, December 18, 2020 after a sudden illness at his Plantersville home. Bill was born in Winston-Salem, North Carolina on June 3, 1946 to the late James Burk and Sybil Mobley Phipps. He grew up in that area and attended Duke University on an academic and football scholarship graduating with a BS in Business Administration with honors. He eventually settled in Florence, Alabama where he had a career as a banker. In 1992, he moved to Plantersville after marrying the love of his life, Jane Kelly Phipps, on July 10, 1992.  Bill was a standup guy in every way. He owned his own insurance business in Tupelo specializing in Medicare supplemental insurance.  His clients revered him for his honesty and integrity.  Bill loved sports and, even though a Duke and Alabama fan originally, his entrance into the Kelly family graced him to becoming a staunch Mississippi State Bulldog fan. Bill exhibited a strong faith in God that provided a foundation for his selfless kindness to all people.  He was a faithful and engaged member of  the Plantersville United Methodist Church where he served as Chairman of the Administrative Council in addition to  many other offices of the Church. An outdoorsman, Bill loved deer hunting and playing golf.

A private family service will be held at 11 AM Tuesday, December 22, 2020 at the Plantersville United Methodist Church with his pastor, Bro. Lynn Fair, and Bro. Leon Holly officiating.  Michael Kelly will deliver the eulogy. There will be no public visitation but friends may email condolences to hollandfuneraldirectors@comcast.net. Holland Funeral Directors is assisting their Plantersville neighbors with arrangements.

Bill is survived by his wife, Jane Kelly Phipps of Plantersville; his son, David Phipps of Birmingham, AL; Jane’s daughter, Dr. Kelly Daniels Butler of Denton, TX; his extended Kelly family, Bob Kelly and wife Carolyn of Plantersville, Michael and Tanya Kelly of Tupelo, and Mike Kelly of Pearl, MS; he and Jane’s grandchildren whom they cherished, Trey Kelly, Holly Grace Elizabeth Kelly and Chrestman Kelly; his nieces and nephews; his Plantersville UMC family; and a host of extended family and friends everywhere. He was preceded in death by his parents; his brother, Jim Phipps; and his in-laws, Libby Kelly and Roy Kelly.