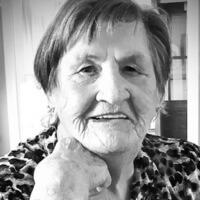 Pocahontas, TN- Mrs. Martha Faye Clark Fulgham, 81, passed away on Tuesday, December 22, 2020 after a lengthy illness at her home in Pocahontas, Tennessee. She was born on January 30, 1939 in Mississippi to Thomas Wilburn Clark and Etta Mae Turman Clark. She was a homemaker. She was a great teacher in forgiveness and lived her life accordingly.

A private graveside service will be held at Wesley Chapel Cemetery in Houston on Wednesday, December 23, 2020 with Bro. Skippy Rowland officiating.

Mrs. Fulgham is preceded in death by her parents, her late husband, Joseph Fulgham, her daughters, Patsy Lucius, and her infant daughter, Peggy Sue; four sisters and one brother.