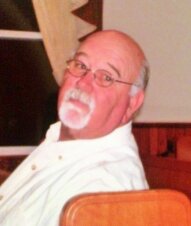 He was preceded in death by his father, Dot Johnson; and brothers Jim Harris Johnson (Betty Sue) and Robert Johnson (Sheila); and his brother-in-law Walt Dalton, who he thought of as a son.

Curtis was a member of Center Grove Baptist Church. He was co-owner of Johnson Sawmill with his brothers Jim Harris and Robert until starting Curtis Johnson Trucking, which he ran for nearly forty years before retiring in 2015. He was founder of the Swine and Shine Truck Show, which began in his own front yard and hosted hundreds of truckers and their families each year, until it grew so that it moved to the Red Kap Building in Mathiston, Mississippi.

He and his wife were members of the East Mississippi Street Rod Association for many years. His passions were eighteen wheelers, dirt track racing, antique cars, hot rods, and riding his Harley Davidson Road King. Curtis spent many a night in the shop working on old cars, loved riding his grandchildren around on his golf cart, and hardly ever missed an episode of the Wheel of Fortune, the Andy Griffith Show, or Sanford and Son.

He was musically talented, could play drums, piano, harmonica, and guitar by ear, but never had formal training. The only instrument he never conquered was the fiddle, but that’s not from lack of trying.

During his trucking career, Curtis received a call late one night that George Strait’s band equipment truck had broken down on the way to a concert. Curtis hooked his truck to the trailer and got the honor of hauling it to the Cajundome in Lafayette, Louisiana. The crew and band were so happy at his arrival, they had him honk the big truck train horns inside the stadium until all the air was gone. He was personally thanked by Strait but declined a dinner invitation because he had a friend’s Super Bowl party to attend back at home.

Curtis was known for helping anyone in need if it was within his ability to do so. He was hardworking, funny, and kind. He was the best husband, father, and grandfather, and will be missed beyond words.

Visitation will be held Sunday, December 27th at 12:30-2 p.m. with the service immediately following at Center Grove Baptist Church.