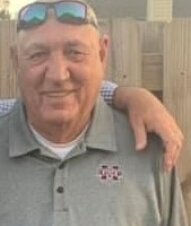 Dr. Berry “Buddy” Daniel Lott Sr., age 78, of Starkville, MS, gained his heavenly wings on December 29, 2020. Buddy was born on October 6, 1942. He graduated from Magee High School in 1961. He received his Bachelors of Science from Mississippi State University in 1968, then he received his Masters of Science in 1971, and then he was robed with his PhD in Nutrition by President George Bush in 1989. He was awarded a United States patent for research completed at Mississippi State University in 2012 for his work in poultry science and hatchery. Berry married Rita Halford of Belzoni, MS in 1966. He was an avid Mississippi State fan and he loved his One O’Clock golf group at Starkville Country Club.

Berry is survived by his wife Rita Halford Lott, and children Berry Daniel Lott Jr. (Kelly) and Robert Brian Lott (Ellen); and grandchildren, Larson and Whitten Lott, and Morgan, Taylor and Kyleigh Corder. He was preceded in death by his parents, Berry Monroe Lott and Evora Brewer Lott.

A private graveside service will be held at a later date. Donations will be accepted to the Dr. Berry Daniel Lott memorial fund at St. Jude Children’s Research Hospital or a charity of your choice.