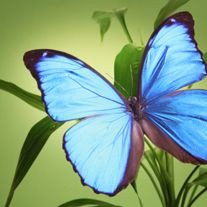 West Point, MS – Mrs. Dorothy E. "Dot" Moon, 69, passed away on December 31, 2020 at North Mississippi Medical Center in West Point. Dot was born on August 8, 1951 in Starkville, the daughter of the late Noel and Julia Cummins Edmonds. After attending Starkville Schools through her Junior year, where she played basketball and ran track, she and her family moved to West Point and graduated from West Point High School in the class of 1969. After high school she attended East Mississippi Community College where she received an Associate Degree and then received a Bachelor's Degree from Mississippi University for Women and a Master's Degree from Mississippi State University. She graduated with honors from all. She married William Roy Moon on November 25, 1972 at the First Baptist Church in West Point and was happily married for 48 years. Dot worked as the Attendance Officer for Clay County for 25 years. Dot dearly loved her husband, kids and grands. She was one of the first Pony Tail Softball League coaches when William Earl Taylor started it in the 80's. Dot enjoyed horseback riding and going to yard sales. She and her beloved husband Roy embarked on the "400 Mile" yard sale two different times.

Graveside Memorial services will be scheduled at a later date. Calvert Funeral Home of West Point is honored to be in charge of the arrangements.

Honorary Pallbearers will be Dr. Edmund Miller and the staff and nurses of his office and the ICU nurses of North Mississippi Medical Center in Tupelo.

Memorials may be made in lieu of flowers to the Church of God, 1330 North Eshman Avenue, West Point, MS 39773.