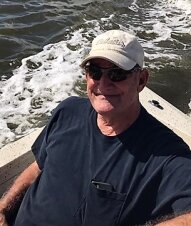 James (Jimmy) Keith Anderson, 74, passed away on January 6, 2021 at OCH Regional Medical Center in Starkville, MS. He retired after 40 years with Borden Milk Co. He was a member of Meadowview Baptist Church, where he taught the Survivors Sunday School class. He also served in the National Guard for nine years. He was an avid outdoorsman that loved hunting and fishing and was a championship bowler.

He was preceded in death by his parents, Orman Keith Anderson and Doris Clardy Anderson; and his son, James Keith Ellis Anderson.

Visitation is scheduled for Friday, January 8, 2021 from 1:00-2:00 p.m. at Meadowview Baptist Church in Starkville, MS, with the funeral service immediately following. Burial will be in Craig Springs Cemetery in Sturgis, MS. Rev. Jason Middleton will conduct the service.

Memorial donations may be made to Meadowview Baptist Church, 300 Linden Circle, Starkville, MS 39759.