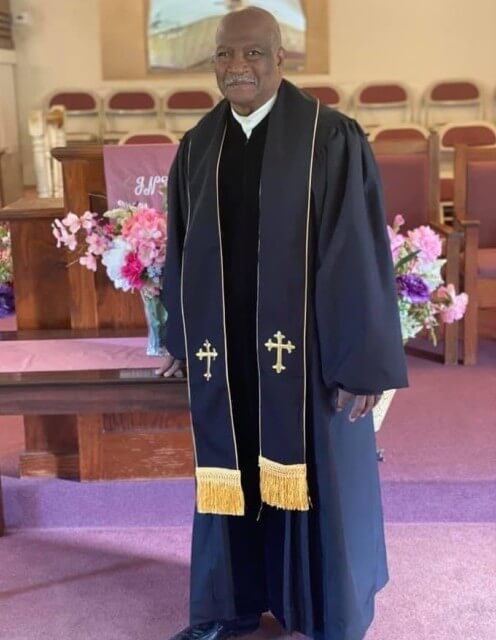 Hazel Long, Jr. was born February 6, 1952, to the union of Hazel and Elnora Long.  He was blessed to grow up with seven siblings. A younger sister, Greta, transitioned a few days after her birth.  Hazel Jr., named in his father’s honor, later shortened his name to Hayes and was known by this name until his departure.

Hayes met his future wife, Valerie Gambrel, in 1969, and the courtship began.  Valerie lived in rural Red Hill. Hayes often admitted that he got lost trying to find her home.  They married on December 19, 1970, while both were still in college.  On December 11, 1972, their first child was born, Kelli Seandee’, whom he lovingly called ‘Fat Rat’.  Almost nine years later, their second child was born, Kristopher Hayes, whom he lovingly called ‘Boom-Boom’ after one of Hayes’s favorite boxers.  Again, after almost eight years, their third child, Bradley Kyle, lovingly called ‘BK’ was born.  Hayes loved and adored his children. One of his goals was to make sure that each one was college educated.

Hayes, an avid wrestling, basketball and boxing enthusiast, shared this enthusiasm with his children.  Oh how they would watch these events together as children and try to help their favorite boxer, wrestler or player win!  This continued even as they became adults down to the return of Mike Tyson versus Roy Jones, Jr.

Hayes’s life was transformed in 1976, when he sought to know the Lord and received the gift of the Holy Ghost.  He loved this new relationship with the Lord and began to study and seek after wisdom and knowledge of and from the Lord.  He served faithfully at Faith Revival Center – his church at the time.  In the winter of 1981, Hayes acknowledged that he had been called into the ministry of Christ Jesus.  On the night he delivered his first sermon; several of his neighbors and community friends lovingly said, “It was the coldest night ever and they only came because it was Hayes”.  Hayes served as an associate minister in the church and earned a reputation for being a meek and humble servant.

Hayes was promoted by Almighty God to pastoralship in 1984 at Solid Rock Holiness Church in the Red Hill Community.  The church was renamed Jesus New Testament Holiness Church a few years later.  Pastor Long continued his quest for divine leadership in order to teach and lead his congregation in the truth of the Word.  Many were introduced and led to Christ through his kind and loving ministry.  Ministers were birthed under his leadership and several are pastors today.  His mother, two younger sisters and other family members received the Holy Ghost under his ministry.  Pastor Long served faithfully until his hospitalization and transition.

Visitation will be held on Friday, January 8, 2021 from 5-7p.m., along with Moments of Reflections from 7-8p.m., at Jesus New Testament Holiness Church in Blue Springs, MS. Burial will follow in the church cemetery. Serenity-Simmons Funeral Home of New Albany is in charge of the arrangements.