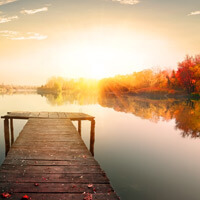 John Lee Dickinson, 73, died Thursday, January 7, 2021, at the North Mississippi Medical Center. He was born February 4, 1947, in Marietta, MS, to Fisher and Jewel Lindsey Dickinson. He was a graduate of Mantachie High School, where he was a standout athlete, and all four of his children inherited his athletic ability. He married his high school sweetheart and best friend on February 11, 1966, and together they were partners in raising four children, specifically three boys and one girl. He served in the U.S. Army National Guard, receiving numerous awards, including sharpshooter medals, and continued to teach his children and grandchildren how to shoot as well. He spent many years farming with his boys and father-in-law, Curtis Franks, and he was also an avid hunter and fisherman. He was a 32nd degree Mason, a member of Shiloh Community Church, and a cornerstone of the Shiloh community. He worked for Tombigbee Electric Power Association for 40 years and was the Fulton branch manager when he retired in 2009. He was a talented and creative artist who painted multiple baptisteries and other pieces all across the state. He played four instruments, and he loved to play the guitar, especially with his son, Brian. He had a vast knowledge of art and literature, and he loved to quote poetry. He also taught himself to speak Spanish. His grandchildren were his pride and joy, and he affectionately gave them each a special nickname. He maintained a swimming pool at their house so that all the grandchildren could enjoy family time together. His family was who he lived and worked for. He loved his two dogs, Luke, and his special girl, Mandy, she went everywhere with him. He loved and shared a special bond with his friend, Barry, who was more like a brother. He would affectionately refer to Barry as “child,” and the two of them had many memorable adventures together. He was a friend to all and helped anyone in the community when they needed it, and he never expected anything in return. He truly had a servant’s heart. He was the patriarch of the Dickinson family, and life will never be the same without him.

Services will be 2:00 pm Sunday, January 10th, at the Shiloh Community Church with Brother Ronnie Hill and Brother Bill Adams officiating. Burial will be in the Center Star Cemetery. McNeece-Morris Funeral Home is in charge of the arrangements.

He was preceded in death by his parents, Fisher Dickinson and Jewel Dickinson Tabler; an infant twin sister; and his mother and father-in-law, Pearlie and Curtis Franks.

Honorary pallbearers will be the employees of Tombigbee Electric Power Association and the Itawamba County Sheriff’s Office.

Visitation will be Sunday, January 10th from noon until 2:00 pm at Shiloh Community Church.

In lieu of flowers, memorials may be made to Shiloh Community Church at 775 Sonny Rd, Mantachie MS 38855.

To send a flower arrangement or to plant trees in memory of
John Lee Dickinson, please click here to visit our Sympathy Store.

Visitation will be Sunday, Jan 10, from noon until 2:00  p.m. at Shiloh Community Church.