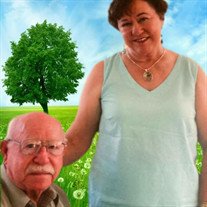 Jackie David Clayton, age 89, of Water Valley, MS died Friday, January 8, 2021, at Baptist Memorial Hospital in Oxford, MS. Known as “Rock” from an early age, he was born June 18, 1931 in South Carolina to the late Adam and Julia (Parler) Clayton. After graduating from high school, Rock served our country during the Korean war in the United States Navy . After his service, he attended college at The Citadel in Charleston, South Carolina. He worked at, and eventually retired from, Koppers Industries in Grenada, MS as plant manager. Rock had served as the president of the Moose Lodge, and was a member of VFW Post 4488 in Grenada, MS. He was a vital part of the restoration effort at the Pine Valley School House. Rock loved fishing, hunting, cooking out with his friends Billy Dorris and Jimbo Thompson, attending gospel singing, and Tabernacle Church. He also enjoyed traveling to Trinity Methodist Church in Givhans South Carolina for the Clayton family reunions.

Due to family members that are currently quarantined, service arrangements are incomplete at this time.

Along with his parents, Rock was preceded in death by one brother; and five sisters; one infant daughter.