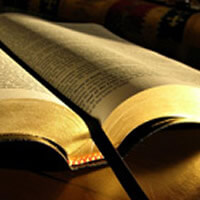 Jackie Spencer was born on April 7, 1947, in Vardaman, MS, to Paul Lee and Lilian Neal Spencer.

Jackie graduated from Vardaman High School in 1965 and went on to earn a Bachelor of Pharmacy from the University of Mississippi in 1970. He began his career in pharmacy in 1970 and worked as a registered pharmacist until 2018. He owned G & S Pharmacy from 1974-1991 and later worked for Wal-Mart until his retirement in 2018.

Jackie had many hobbies including Civil War History, Music, studying his Bible, and sports. But his greatest joy came from spending time with his family especially his grandchildren.

Jackie is preceded in death by his parents Paul Lee Spencer and Lilan Neal Spencer.

In lieu of flowers memorials may be given to the Jack Spencer Youth Sports Memorial Fund at Bancorp South in Vardaman.

Parker Memorial Funeral Homes of Bruce and Vardaman are honored to be serving the Spencer family during this difficult time.

To send a flower arrangement or to plant trees in memory of
Jackie Neal Spencer, please click here to visit our Sympathy Store.